You may have seen a commercial recently with consumer attorneys discussing paraquat lawsuit cases filed on behalf of people diagnosed with Parkinson’s disease. Dozens of countries throughout the world have banned the paraquat herbicide over safety concerns. Studies show that paraquat is linked to Parkinson’s disease and a host of other serious side effects.

Baum Hedlund Aristei & Goldman works with the leading paraquat attorneys in the nation pursuing cases on behalf of people diagnosed with Parkinson’s disease. We believe your interests are best served through litigation to maximize compensation and deliver a strong message to agrochemical companies like Chevron and Syngenta that failing to warn consumers of known health risks cannot be tolerated.

Farmworkers, pesticide applicators, and others: If you used paraquat and developed Parkinson’s disease, our firm may be able to help you pursue justice and compensation in a paraquat lawsuit.

We are currently offering free and fast paraquat Parkinson’s lawsuit consultations.
To discuss your potential case, please contact us or call 855-948-5098

Commercially introduced in 1962 as Gramoxone, paraquat quickly became a top-selling herbicide, despite numerous studies linking the herbicide to wide-ranging health issues. The rise in paraquat use coincided with the surge in no-till farming in the U.S. and worldwide.

Research shows that paraquat exposure is dangerous, even at low levels. Paraquat side effects depend on the amount, route, and duration of exposure to the herbicide, and the person’s overall health. The herbicide enters the body via:

Skin: Contact or penetration of the skin, mucous membranes, and other epithelial tissues (including mouth, nose, trachea, and conducting airways, particularly where cuts, abrasions, rashes, sores, or other tissue damage are present).

Ingestion: The liquid chemical is swallowed.

According to the United States Environmental Protection Agency (EPA), “one small sip [of paraquat] can be fatal and there is no antidote.” In general, people who accidentally or intentionally ingest paraquat may experience any of the following symptoms:

Most paraquat applicators who repeatedly use the herbicide as intended are exposed at chronic, low doses. Even at this level of exposure, paraquat herbicide is capable of causing severe side effects, including:

Eye damage: Conjunctivitis, destruction of the ocular surface, and keratitis.

Skin damage: Ranging from reddening and blistering to severe burns.

Parkinson’s disease: Studies show that the risk of Parkinson's disease increases with long-term exposure to paraquat.

Respiratory arrest: Ingestion of paraquat can cause lung fibrosis and death due to respiratory failure.

Paraquat Banned in Dozens of Countries

Paraquat is so toxic that at least 50 countries have issued bans, citing paraquat studies linking exposure to Parkinson’s disease and other serious health issues. In the U.S., however, paraquat use has reached an all-time high within the last 25 years. According to the U.S. Geological Survey, estimated annual use of paraquat in the U.S. reached 10 million pounds in 2017, doubling the annual use for 2013.

Paraquat is one of only two pesticide products still used in the U.S. that is either banned outright or phased out of use in the European Union, Brazil, and China. 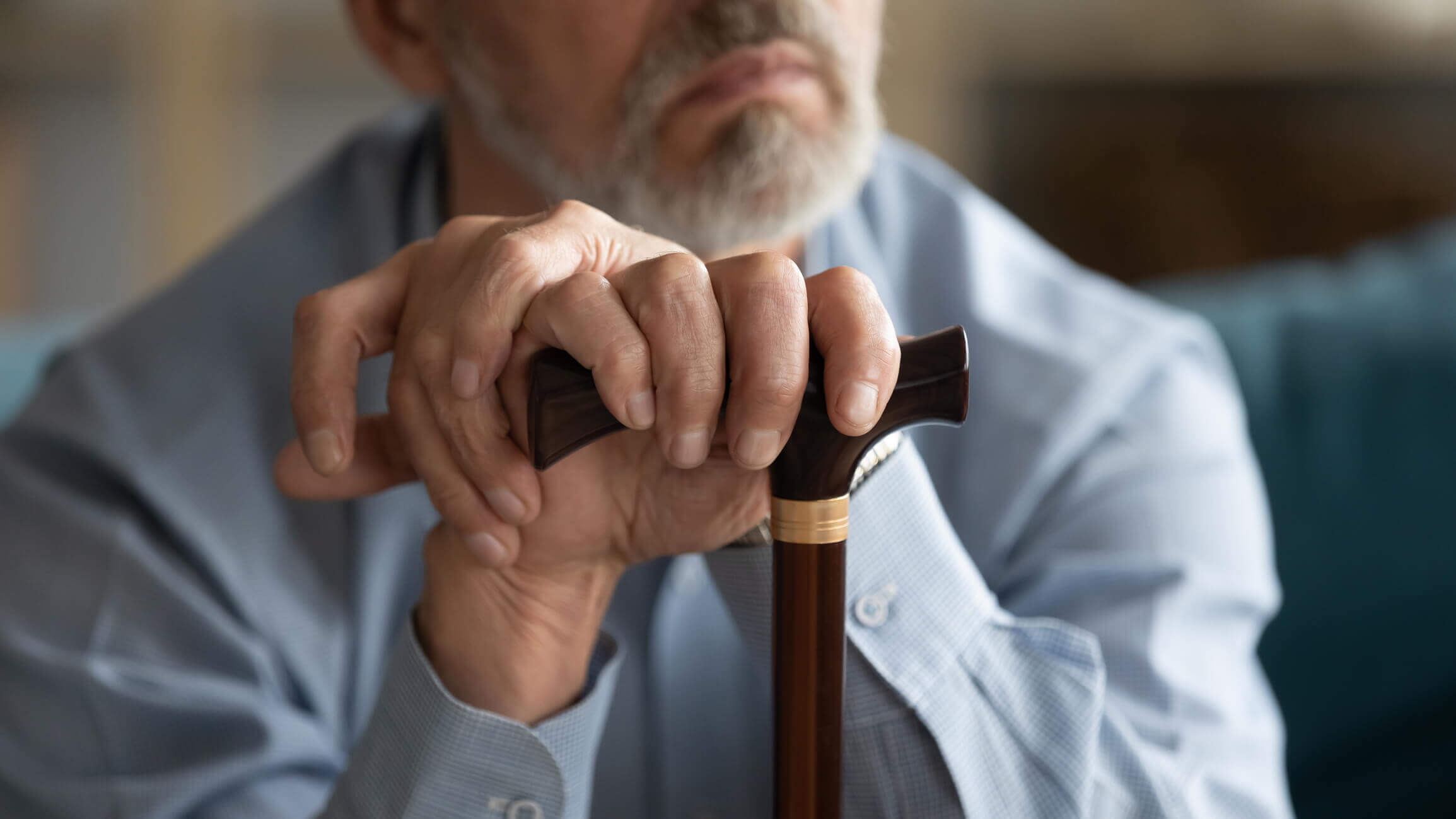 What is Parkinson’s Disease?

When enough dopaminergic neurons have died, dopamine production falls below the level the brain requires for proper control of motor function, resulting in the motor symptoms associated with PD.

According to the Michael J. Fox Foundation, a person diagnosed with Parkinson’s spends an estimated $26,400 per year on their care. Additionally, Parkinson’s diagnoses in the U.S. result in an annual economic burden of $19.8 to $26.4 billion.

Parkinson’s affects the motor system, which is the part of the central nervous system that controls movement. People with Parkinson’s may not notice the symptoms immediately as the disease manifests gradually and symptoms often worsen over time.

The most common Parkinson’s symptoms include:

Parkinson’s can also result in “secondary” motor symptoms, which include:

Can Paraquat Cause Parkinson’s Disease?

How Does Paraquat Cause Parkinson’s?

Scientists generally agree that oxidative stress is a major factor in—if not the precipitating cause of—the degeneration and death of dopaminergic neurons and the accumulation of Lewy bodies, both of which are considered hallmarks of PD pathology.

Paraquat causes oxidative stress because of redox properties that are inherent to the chemical’s composition.

A strong oxidant, paraquat readily undergoes redox cycling (a repetitive process involving reduction and oxidation reactions) in the presence of molecular oxygen, which is plentiful in living cells. Paraquat’s redox cycling in living cells interferes with cellular functions that are necessary to sustain life with cellular respiration in animal cells. The redox cycling also creates a reactive oxygen species known as superoxide radical, an extremely reactive molecule that can initiate a cascading series of chemical reactions that creates other reactive oxygen species that damage lipids, proteins, and nucleic acids, molecules that are essential components of the structures and functions of living cells. Because paraquat’s redox cycling can repeat indefinitely in the conditions typically present in living cells, a single molecule of paraquat can trigger the production of countless molecules of destructive superoxide radical.

Epidemiological studies have found that exposure to paraquat significantly increases the risk of developing PD. Hundreds of in vitro studies (experiments in a test tube, culture dish, or other controlled experimental environments) have found that paraquat creates oxidative stress that results in the degeneration and death of dopaminergic neurons (among other types of animal cells).

A 2009 study on California Central Valley residents found evidence that exposure to a combination of paraquat and maneb (fungicide) increases the risk of Parkinson’s, particularly in younger subjects or when the pesticide exposure occurs at younger ages.

A 2011 study of participants in the large Agricultural Health Study (AHS) found an odds ratio of 2.5 increased risk among those who mixed or applied paraquat. If the research subjects had a defect in a specific gene, the risk for PD increased, the study found. “Our findings, considered together with earlier results, suggest that paraquat use plays a role in human PD. Because paraquat remains one of the most widely used herbicides worldwide, this finding potentially has great public health significance,” the study authors wrote.

A 2017 study found an association between paraquat exposure and PD, especially among individuals with certain genetic characteristics. The study further concluded that paraquat exposure damaged DNA and impaired mitochondrial respiration.

Paraquat is one of only a handful of toxins that scientists use to produce animal models of Parkinson’s disease. Animal studies have found that paraquat herbicide causes a dose-dependent depletion of dopamine among mice injected with the chemical, and the effect is long-lasting and irreversible.

Consumer Attorneys with a Proven Track Record Against Major Corporations

Baum Hedlund Aristei & Goldman is a national law firm with experience holding negligent agrichemical corporations accountable for the harm they cause. In 2018, we earned a $289 million verdict on behalf of a California man diagnosed with cancer after years of exposure to a Monsanto herbicide. In 2019, we won a $2.055 billion jury verdict for a California couple who used a popular weed killer and later developed cancer. These massive jury verdicts paved the way for a $10.9 billion settlement with Bayer to resolve thousands of cases across the country.

If you would like more information on your legal rights, we offer free and fast paraquat Parkinson’s lawsuit consultations. Please fill out our contact form or call toll-free (855) 948-5098.