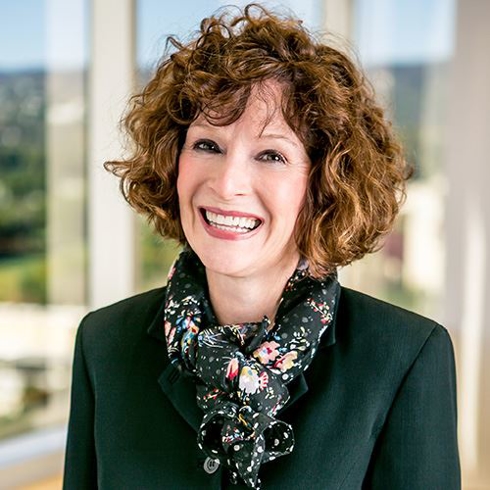 Frances M. Phares is of counsel to Baum Hedlund Aristei & Goldman, where she focuses her practice on personal injury and wrongful death litigation stemming from major transportation disasters, pharmaceutical product liability cases and toxic exposure across the nation.

Ms. Phares earned her law degree from Tulane University Law School and holds an undergraduate degree in Zoology from Louisiana State University. While in law school she clerked for the Orleans Parish District Attorney and tutored Tulane undergraduates in English.

After law school, Fran worked as an Assistant District Attorney prosecuting cases for victims of felony crimes such as armed robbery, theft, rape, child abuse, and murder. During that time, she obtained the first-ever conviction in Louisiana of pharmacists for illegally selling prescription drugs to addicts. Thereafter, she gained much valuable research and writing experience and hands-on exposure to civil litigation as a Law Clerk for the 22nd Judicial District Court in St. Tammany and Washington Parishes, Louisiana. She also served for many years as a Magistrate Hearing Officer for child support issues in divorce lawsuits.

Before joining Baum Hedlund, Fran was instrumental in the settlement of over four hundred claims by hemophiliacs for AIDS infection from contaminated blood products. At Baum Hedlund she has worked to eliminate laws protecting tobacco companies from lawsuits by successfully urging the California Supreme Court to reject the notion that smokers are presumed to know that smoking is addictive and that smoking causes health hazards. This has cleared the way for long-time smokers to file claims for injuries which may have occurred decades after a smoker first became addicted to cigarettes. She has also successfully represented the families of antidepressant suicide victims in their cases against drug manufacturers.

Fran has participated in numerous writing and trial-skills seminars. She is a certified suicide-prevention counselor and hospice volunteer and has created a workshop for people who are adjusting to grief, loss and aging issues.

She has traveled to India where she studied global ethics and sociology and partnered with Tibetan refugees in a cultural exchange program. She created a dental program in Dharamsala known as Tibetan Smiles to provide low-cost dental care to the Tibetan community. In an effort to be more attuned to her clients’ needs and provide more empathetic and comprehensive service, obtained a dual master’s degree in pastoral studies and counseling from Loyola University New Orleans.

In her spare time, Fran enjoys visiting art museums, reading historical novels, golfing, playing the piano, fishing, and walking her Welsh Corgi, Windsor. She facilitates a spirituality group for women in her community, volunteers at the local retirement home and serves as a lay pastoral assistant.

How the Tibetan People Made Me a Better Attorney

In 2011, Fran traveled to India, where she studied global ethics and sociology and partnered with Tibetan refugees in a cultural exchange program. We asked her to share her experiences there which have made her more receptive and aware of her clients’ needs. Read more from Frances M. Phares's personal series here.