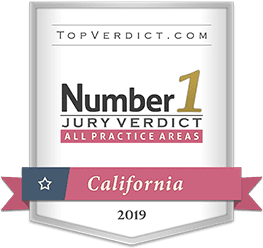 Alva and Alberta Pilliod v. Monsanto Co. (Case No. RG17862702, JCCP No. 4953) was the third Roundup non-Hodgkin lymphoma lawsuit to go to trial against Monsanto and the first from the California Roundup Judicial Council Coordination Proceedings (JCCP). Hundreds of lawsuits filed in California state courts were consolidated in the Roundup JCCP before Judge Winifred Smith for the Superior Court of Alameda County.

ThePilliod et al. v. Monsanto Co. Roundup cancer case ended with a landmark verdict on May 13, 2019. After seven weeks of trial, the jury awarded the Pilliods $2.055 billion. The trial judge later reduced the verdict to $87 million.

The first Monsanto Roundup trial, Dewayne “Lee”Johnson v. Monsanto Co., resulted in a $289.2 million groundbreaking jury verdict on August 10, 2018. The judge later upheld the jury’s verdict but reduced the punitive damages award, bringing the total award to $78.5 million. The verdict was later reduced to $20.5 million. The second case, Edwin Hardeman v. Monsanto Co., resulted in an $80 million jury verdict against the agrochemical company on March 27, 2019. The judge later reduced Mr. Hardeman’s verdict to $25.2 million. Monsanto (now part of Bayer) appealed and then lost its appeal in the Ninth Circuit in May 2021 and in August 2021, appealed to the U.S. Supreme Court (SCOTUS). SCOTUS declined to hear Monsanto’s appeal in June 2022, allowing the Pilliods’ final judgment to stand at $87 million.

6/27/2022 update: The Supreme Court denied Bayer’s petition for a writ of certoriari.

“After years of racking up loss after loss in this case, Monsanto can no longer avoid responsibility for the unspeakable harm they have caused Alva and Alberta Pilliod. The high court’s decision is further proof that Monsanto’s only path in this litigation is through the trial courts, which is the way it should be. I am personally looking forward to trying a case against Monsanto this fall in California, my first since the Pilliod trial. Despite Monsanto’s recent victories, I am confident that our team can repeat the success we enjoyed in the first three Roundup trials.”

3/21/2022 update: Monsanto has asked the U.S. Supreme Court to review the $87 million verdict in Pilliod et al. v. Monsanto Company. Attorney for the Pilliods, Pedram Esfandiary, told the media that Monsanto's request is the "latest meritless bid" to overturn justice following a string of losses in trial and appellate courts.

In his statement, Esfandiary said:

"The law and facts are unequivocal. Monsanto has an obligation under California law to warn consumers that its product can cause cancer and providing such a warning is not inconsistent with federal law as recognized by the Supreme Court in pesticide cases for almost two decades. Monsanto failed to warn and willfully strove to obscure the very real risk of cancer associated with Roundup.

“Unfortunately, Alva and Alberta Pilliod are two of millions whose lives were devastated as a result of being exposed to Roundup and developing cancer. Monsanto has already caused immeasurable suffering and prolonging the legal process through which the Pilliods can obtain justice further underscores its twisted agenda. It's time that Monsanto looks reality in the face and changes its conduct accordingly. We are confident of prevailing in the high court should the justices decide to hear the case. "

“This is not even remotely surprising,” says attorney R. Brent Wisner, who was co-lead counsel for the Pilliods at trial. “It’s not clear how many times Monsanto needs to lose before it stops making frivolous appeals. The Pilliod verdict was based on solid science and unanimous law. They need to stop using the appeals process to deny paying this family its judgment.”

8/9/2021 update: The California Court of Appeal for the First Appellate District denied Monsanto’s appeal and affirmed the reduced verdict. This is what R. Brent Wisner, co-lead trial counsel for the Pilliods, had to say about Monsanto’s loss. “Monsanto-Bayer has now lost every one of its appeals to overturn the first three jury verdicts proving Roundup causes non-Hodgkin lymphoma. Today, the appeals court rejected Monsanto’s request for preemption and upheld the trial judge’s reduced award to Alva and Alberta Pilliod of $86.7 million, including punitive damages. This is a major triumph for plaintiffs.

"The Court agreed that evidence we presented at trial showed Monsanto ‘acted with a willful and conscious disregard for the safety of others in its efforts to shape the scientific inquiry into glyphosate and Roundup,’ and that Monsanto’s conduct was ‘sufficiently reprehensible.’ Frankly, it’s time for Bayer to do right by the many thousands of people they have harmed. It’s time to change the Roundup label, in addition to pulling it from the residential market, so everyone using it is properly warned about the known dangers. It’s time to end this litigation for good.”

2/7/2020 update: Monsanto filed opening brief in its appeal of the Pilliod verdict in California’s First District Court of Appeal, Case No. A158228.

Statement from R. Brent Wisner on the verdict reduction:

“This a major victory for the Pilliods. The judge rejected every argument Monsanto raised and sustained a very substantial verdict. While we believe the reduction in damages does not fairly capture the pain and suffering experienced by Alva and Alberta, the overall result is a big win.”

7/1/2019 update: Plaintiffs’ Opposition to Monsanto’s Motion for a New Trial and JNOV

Alva Pilliod and his wife, Alberta, are in their 70s and have been married for nearly 50 years. They started using Roundup in the 1970s and continued using the weed killer until only a few years ago. The Livermore couple has two children and four grandchildren.

Attorneys for the Pilliods asked Judge Ioana Petrou (the previous presiding judge who has since been appointed to the First District Court of Appeal) to expedite the trial due to their advanced ages and cancer diagnoses. Judge Petrou granted their trial preference. The presiding judge for this trial is now Judge Winifred Smith. 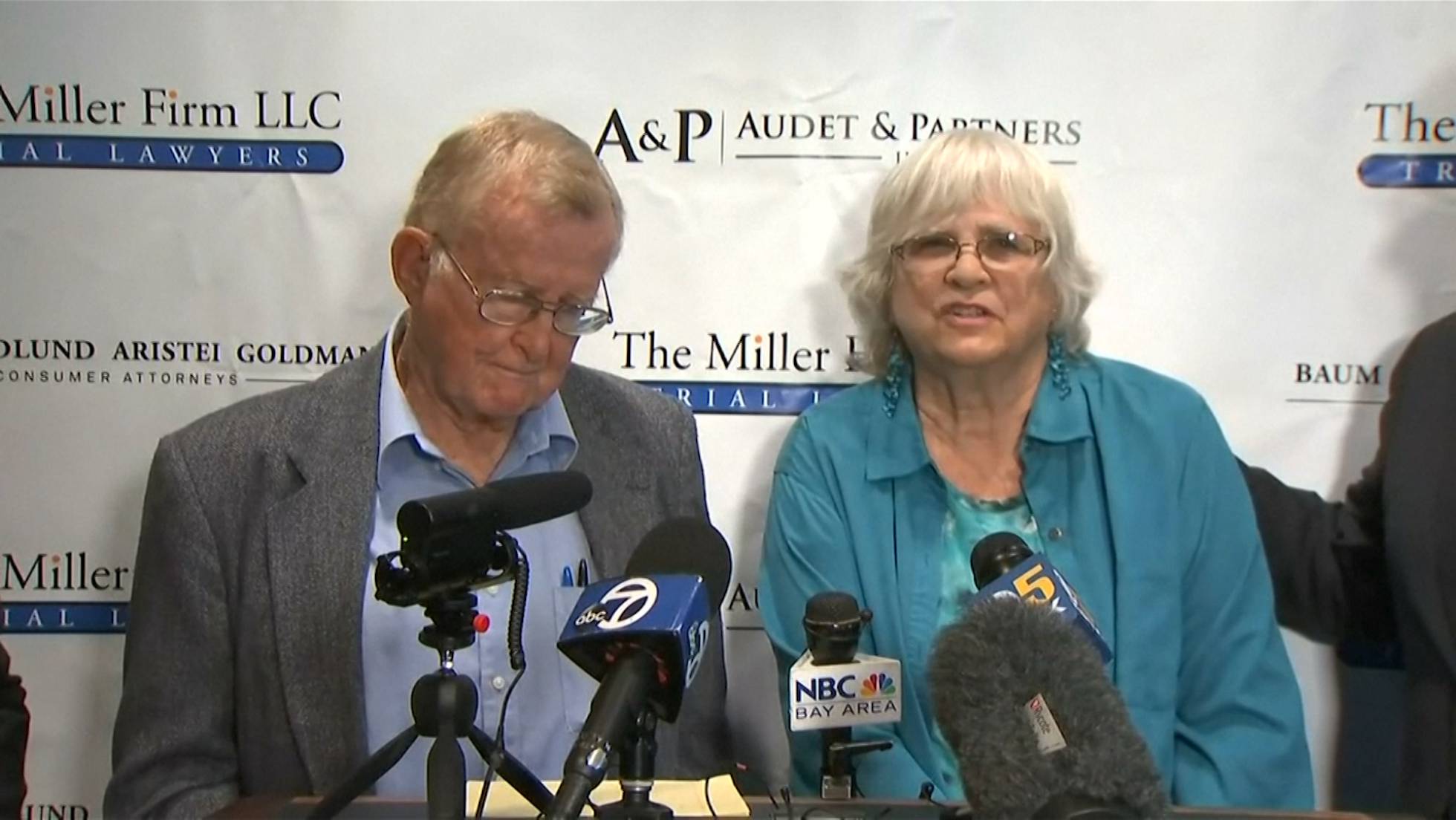 Dr. Portier holds a Ph.D. in Biostatistics (with a minor in Epidemiology). For over three decades, Dr. Portier held prominent leadership positions in the U.S. government that combined the disciplines of toxicology, statistics and epidemiology, including:

Dr. Jameson worked for the National Institutes of Health’s National Cancer Institute (NCI) as a senior chemist for the NCI’s Rodent Bioassay Program where he served as chief chemist, directing all chemistry activities and participating in the development of all two-year rodent bioassays while also serving as secretary for the NCI’s Chemical Selection Working Group. He also served as program leader for the National Toxicology Program at the NIH’s National Institute of Environmental Health Sciences (NIEHS) for 12 years.

Dr. Ritz is a professor of Epidemiology at the University of California, Los Angeles. She holds doctoral degrees in Medicine and Epidemiology and is the author of numerous toxicology publications, lectures and presentations. Dr. Ritz engaged in a systematic review of the literature in this case, utilized the Bradford Hill Criteria and concluded that “to a reasonable degree of scientific certainty, glyphosate causes NHL. Furthermore, to a reasonable degree of scientific certainty, glyphosate-based formulations, including Roundup, cause NHL.”

Dr. Weisenburger specializes in the studies of the hematopoietic and immune systems, with a special interest in non-Hodgkin lymphoma. His study of the pathological mechanisms by which NHL develops began in the 1980s when he was directing large epidemiologic studies related to NHL.

Over the last four decades, Dr. Weisenburger has published over 300 papers on NHL in peer-reviewed journals, and over 50 papers on the epidemiology of NHL, including studies on glyphosate and NHL. In his expert report, Dr. Weisenburger concluded that to “a reasonable degree of medical certainty that glyphosate and GBFs [glyphosate-based formulations] (including Roundup) can cause NHL in humans exposed to these chemicals in the workplace or environment.”

Dr. Pease, toxicologist and assistant adjunct professor at the School of Public Health, University of California at Berkeley. In the early 90s he was a Research Toxicologist at UC Berkeley, where he coordinated the school’s Environmental Health Policy Program and conducted research on the impacts of pesticide use in California. Dr. Pease served as the co-chair of the Human Health Committee of CalEPA’s Comparative Risk Project, organizing its risk assessment and risk ranking process.

Aaron Blair video testimony. Dr. Blair was the chair of the International Agency for Research on Cancer (IARC) Working Group for glyphosate. He currently serves as an advisor on the Chlordecone Scientific Committee (Institute National du Cancer, France), Pesticide Advisory Committee (Carex Canada), and Independent Advisory Board for Exposure Assessment (Institute of Occupational Medicine, Scotland). He has authored/coauthored more than 500 papers on occupational and environmental causes of cancer, other diseases, and epidemiologic methodology.

Alberta and Alva Pilliod are the plaintiffs in this case. Michael Pilliod is their son.

Dr. Rubenstein, attending physician in hematology and oncology from the University of California San Francisco, was Alberta Pilliod’s treating physician.

Dr. Chadi Nabhan is a board-certified clinical medical oncologist and past Assistant Professor of Medicine at the University of Chicago. Currently, Dr. Nabhan serves as Medical Director of Cardinal Health. His clinical practice and academic research for the past 17 years has focused on lymphomas.

Mr. Mills is a forensic economist.

Dr. Bello is a hematologist and oncologist at the Moffitt Cancer Center.

Dr. Phalen is an associate professor in industrial hygiene and safety at the University of Houston, Clear Lake.

Dr. Levine is a professor in City of Hope’s Hematologic Malignancies and Stem Cell Transplantation Institute.