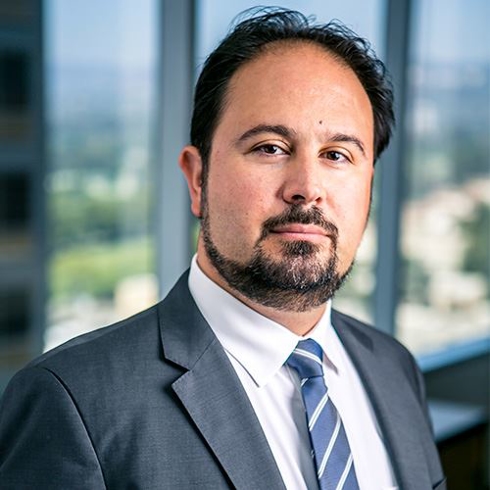 Bijan Esfandiari is a pharmaceutical product liability litigation attorney and shareholder at Baum Hedlund Aristei & Goldman in Los Angeles. He has successfully represented clients in state and federal courts across the nation at both the trial and appellate level in wrongful death and catastrophic personal injury cases.

Bijan has had the privilege of participating in cases that have shaped and developed the law for the benefit of injured victims and consumers of pharmaceutical products. In one such case, the Court agreed with his arguments and, in an issue of first impression, held that drug manufacturers owe an affirmative duty to warn regarding risks associated with children’s off-label use. Bijan’s published cases have also exposed reprehensible corporate conduct. For example, a federal court in Pennsylvania noted that “internal documents suggest that Defendant acted with a wanton and willful disregard for the safety of its consumers,” and thus allowed Bijan’s clients to proceed with their punitive damages claims.

He has also been at the forefront of the preemption battle and has successfully argued against preemption (drug/device manufacturer immunity) in numerous cases. Most recently, in 2014, Bijan successfully briefed and argued the first and only medical device preemption case to be heard by Maryland Court of Special Appeals, wherein in an issue of first impression, the three judge panel unanimously agreed with Bijan’s arguments that plaintiff’s claims were not preempted and held that plaintiff could proceed with his claims against the medical device manufacturer. McCormick v. Medtronic, Inc., 219 Md. App.485, 101 A.3d 467, 474 (2014) (“We shall hold that federal law does not expressly or impliedly preempt the plaintiffs’ claims concerning misrepresentations or express warranties that the manufacturer may have made in voluntary communications with the public or with members of the medical profession.”).

Similarly, Bijan successfully briefed and argued the first drug preemption case to ever be heard by the United States Seventh Circuit Court of Appeal in Chicago, Illinois. In the landmark decision, the three judge panel of the Seventh Circuit unanimously agreed with Bijan’s arguments and held that plaintiffs’ claims against the drug manufacturer were not preempted by federal law. Mason v. SmithKline Beecham Corp., 596 F.3d. 387 (7th Cir. 2010). The significance of these landmark rulings is they ensure that drug and medical device companies who engage in deceptive or impermissible conduct are not entitled to immunity (preemption) and must be held accountable for monetary damages in a court of law for any injuries that they or their products cause to consumers.

Bijan has written numerous articles, including “Complete Tort Immunity For Drug Manufacturers Is Bad For The Public Health,” published in Mealey’s™ Litigation Report, “Preemption’s Requiem in the Wake of Wyeth v. Levine,” Mealey’s™ Emerging Drugs & Devices and “Levine To Mensing — A Journey From The Sublime To The Ridiculous,” Mealey’s™ Emerging Drugs & Devices. Most recently, he co-wrote “Challenging Medical Ghostwriting in US Courts,” published in PLoS Medicine.