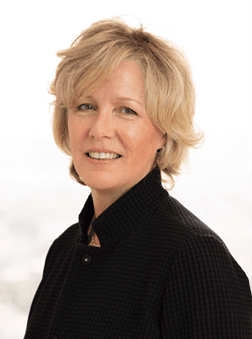 Since 1990, Robin McCall has handled Baum Hedlund’s media, marketing, advertising, and public relations. In mid-2020, she turned her focus to only handling the firm's PR. She has worked with more than 9,000 reporters, journalists, editors, authors, producers, and documentarians around the world concerning the firm’s cutting edge litigation. The firm or its lawyers have been mentioned in the mainstream media over 10,000 times and have appeared in more than 40 books and documentaries.

In line with Baum Hedlund’s advocacy work, Robin has organized safety campaigns and community events concerning harmful consumer products and commercial transportation disasters, and has worked with legislators and lobbied with clients at state and federal levels for the purpose of improving consumer safety.

Robin is very proud of Baum Hedlund’s work to champion their client’s causes. For decades, she has witnessed the firm’s high stakes litigation and helped to expose massive corporate fraud and corruption in the aviation, pharmaceutical, medical device, and agro-chemical industries. She takes pride in the firm’s success in scouring through millions of defendant confidential documents obtained in litigation, and publishing the most important ones after getting them out from under seal, so everyone can benefit from knowing the truth.

She is particularly fond of the firm’s landmark success with the first three Monsanto Roundup weedkiller cancer trials because her relative, Teri McCall of Cambria, California, was the firm’s first Monsanto Roundup client. Teri lost her beloved husband, Jack McCall, to non-Hodgkin lymphoma after 30 years of Roundup use on the McCall Farm. The McCall case was the impetus for the firm getting involved in the Monsanto Roundup litigation.

The first and third Roundup trials, which Baum Hedlund senior shareholder, R. Brent Wisner, co-led, resulted in a groundbreaking $289M verdict against Monsanto on behalf of Dewayne “Lee” Johnson and the third trial resulted in a $2B verdict against Monsanto on behalf of Mr. and Mrs. Pilliod. These verdicts and the release of the Monsanto Papers have captured worldwide attention and have been the subject of dozens of investigative journalist articles and documentaries worldwide.

The Monsanto jury awards have also resulted in our firm receiving numerous accolades and honors, including Law360’s California Powerhouse award and induction into the Verdicts Hall of Fame. Because of his brilliant trial work in obtaining the historic verdicts in the Johnson and Pilliod trials, including delivering the opening statements and closing arguments, Brent Wisner is one of the most acclaimed trial lawyers in the country.

Because of Baum Hedlund’s knowledge of Monsanto’s internal documents and their scientific understanding of Roundup’s mechanism of inducing cancer, Michael Baum and Brent Wisner were invited to brief the press and Members of Parliament in the European Union ahead of a meeting to discuss the license renewal of glyphosate, the key ingredient of Roundup. Advocacy groups also invited them to Canada to discuss the country’s regulatory stance on glyphosate and meet with Members of Parliament, lawyer groups and the media. Michael and Brent, along with trial team member Pedram Esfandiary, also spoke at various universities and non-profit consumer advocacy organizations across the country.

The Monsanto Papers, magnified by the verdicts in the first three Monsanto trials, have changed the approval of Roundup use in Europe and led to legislative investigations worldwide and numerous cities, counties, states, and countries throughout the world have taken steps to either restrict or ban glyphosate, the active ingredient in Monsanto’s Roundup weed killer.