During our relentless pursuit of justice for victims of aviation accidents over the past few decades, we have seen a disturbing increase in aircraft maintenance negligence. When airlines try to cut costs by outsourcing their maintenance or choose cheaper maintenance providers that might be ill equipped to handle certain types of aircraft, the result can be deadly. Yet even when experienced workers perform maintenance on a plane or helicopter, one skipped step can mean the difference between life and death for those onboard. Unlike a smoking engine or a broken wing, the effects of aircraft maintenance negligence will often go unseen until it is too late. 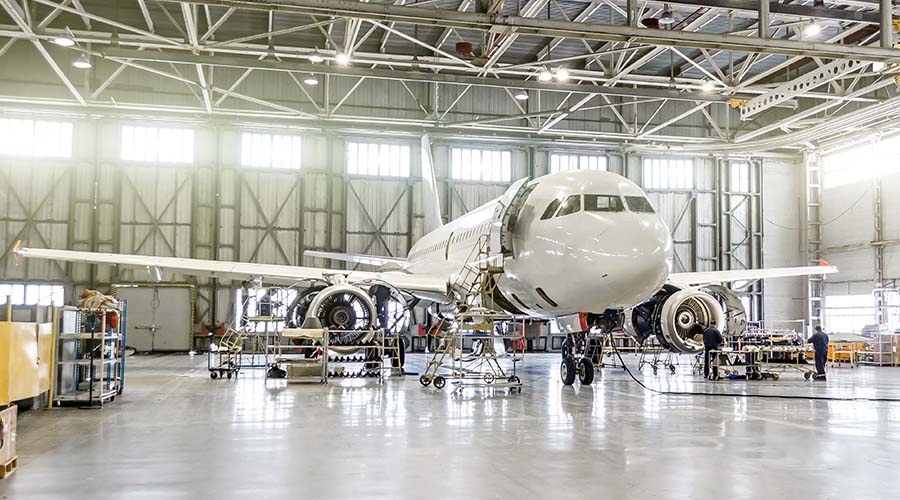 January 8, 2003, a small 19-passenger plane took off as scheduled from Charlotte-Douglas International Airport. After taking off, the nose of the plane uncontrollably kept rising until the plane stalled. Due to defective maintenance of the elevator control system and center of gravity imbalance, the pilot was incapable of bringing the nose of the plane back down. With the plane pointed straight upward, air could no longer flow over the wings and the plane lost all lift, causing it to plunge to the ground. Everyone aboard Air Midwest Flight 5481 — 19 passengers, pilot, and first officer — died as the plane crashed and erupted into flames.

Planes the size of the Beech 1900 (the plane that carried Flight 5481) are required to undergo a routine, detailed maintenance inspection every 100 hours. In this instance, the plane had undergone a maintenance inspection just days before the aviation accident. However, aircraft maintenance negligence during the inspection led to the death of 21 people aboard the plane. The National Transportation Safety Board (NTSB) investigation into this particular plane crash revealed the role that aircraft maintenance negligence played in placing this small aircraft flight — and the passengers aboard — at great risk.

There were several problems that contributed to the Air Midwest 5481 crash. In a maintenance check, just days before the crash, maintenance workers (who were outsourced, inexperienced subcontractors) found that the cables that controlled the elevation were out of adjustment. An inexperienced mechanic adjusted them incorrectly. The mechanics skipped nine steps in the maintenance operation — committing a critical error in making and checking the adjustments made to the cables.

In addition, there were problems with the center of gravity which compounded the problems associated with the aircraft maintenance negligence. Federal Aviation Administration (FAA) guidelines set forth an average passenger weight and average luggage weight to be used in calculating weight to determine whether a plane is overloaded. However, these average weights had not been evaluated since 1936. Using these outdated guidelines, the plane was declared safe for take-off. However, using the actual weight aboard, the plane was carrying nearly 600 pounds over its capacity. Because the elevation/pitch controls were not functioning properly due to their maladjustment, the captain did not have any chance at avoiding the crash once the airplane lifted off.

"Too many airlines do the absolute minimum to keep their planes flying." -Ron Goldman, aviation accident attorney of Baum Hedlund Aristei & Goldman, P.C.

The aviation law firm of Baum Hedlund Aristei & Goldman, P.C., based in Los Angeles, California, represented two families in wrongful death actions against Air Midwest and its maintenance company, Vertex Aerospace (now known as L-3 Communications Aerotech) the companies responsible for the aircraft maintenance negligence in this case. As a result of our client’s fierce determination and our negotiation skills, we obtained a favorable settlement for our clients and an unprecedented apology from the airline to all the victims’ families.

However, Flight 5481 was not the first plane with aircraft maintenance negligence — and, unfortunately, was not the last. Lack of oversight by the FAA and by the commercial airlines themselves has resulted in outsourcing of maintenance, repair and overhaul (MRO) inspections to contractors and subcontractors with limited experience and insufficient inspection oversight. Profits are placed above safety when dealing with aircraft maintenance. In fact, some large airlines outsource approximately ninety percent of their maintenance inspections. As a result, aircrafts that may not be air-worthy are being placed in service, putting the lives of passengers in jeopardy.

At Baum Hedlund Aristei & Goldman, our attorneys dedicate their practice to crash victims and their families. We find answers for our clients and pursue justice and compensation on their behalf. And, as in the case involving Flight 5481, we pursue more than just compensation. We fought for an apology for the aircraft maintenance negligence that cost the lives of 21 people on that tragic day. We are here to provide you with the same service — fighting for justice and accountability.We know how to pursue claims against those responsible for all types of aircraft maintenance negligence. Our experience has given us the skills necessary to fight for those harmed by dangerous practices that put planes and their passengers at risk. Our firm will work hard to determine the true cause of an accident and get just compensation for those harmed in the accident.*

For immediate assistance — or to schedule an initial consultation or case evaluation with an experienced plane crash lawyer — please contact Baum Hedlund, P.C.