Baum Hedlund Aristei & Goldman has handled many product liability cases in the nearly half-century we have been in business. In many cases, we have found that the aircraft can be built strictly according to manufacturer specifications and maintained according to required guidelines – and still a devastating crash occurs because of core aircraft design or manufacturing defects. With decades of handling aviation accident litigation, we have found that if there are defects in the manufacturing or design of the aircraft or a part of it, it may be doomed (along with everyone aboard) no matter how experienced the pilot or how careful the aircraft owner.

Do you believe that aircraft design and manufacturing defects may have contributed to your plane accident injuries or the loss of a loved one? Call Baum Hedlund today at (855) 948-5098 or contact us online. 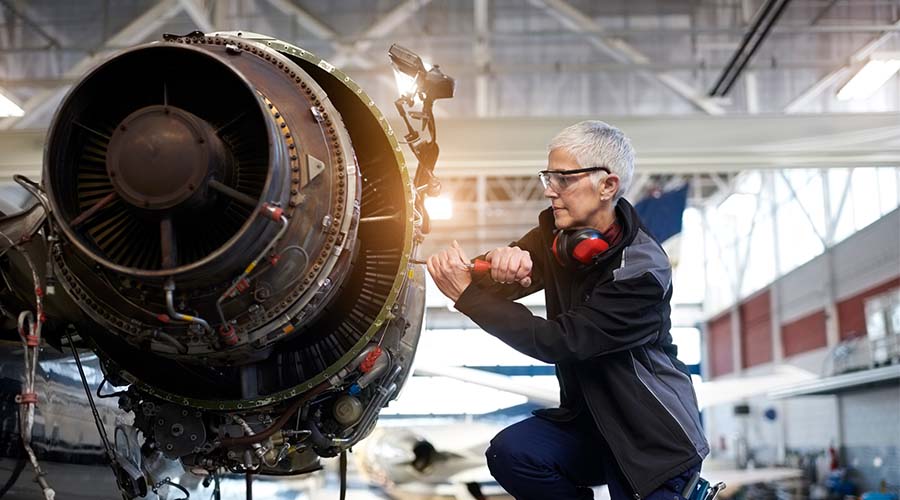 What is an Aviation Design Defect?

Defective design is when an aircraft or a component part is manufactured correctly but something about the design makes the aircraft or component part unreasonably dangerous. A design defect often affects an entire product line, not just a single product. The Boeing 737 MAX aircraft is a good example of a design defect. Per a congressional report, Boeing’s development of the MAX “was marred by technical design failures,” which contributed to the crashes of Lion Air Flight 610 and Ethiopian Airlines Flight 302.

What is an Aviation Manufacturing Defect?

An aviation manufacturing defect is when an aircraft or one of its components is manufactured differently than its original design or specifications and becomes unreasonably dangerous. Manufacturing defects can affect an entire line of products or a single product. For instance, a critical part might not be machined exactly to design specifications and be installed on the aircraft. If the part is not a perfect fit, as required by the plans and specifications, and it fails and causes a crash, the manufacturer is responsible even if it did everything it was required to do to try to make the part correctly. This concept is called “strict liability.”

Two other important components in aircraft design and manufacturing defect cases: maintenance and crashworthiness. Below, we’ll discuss these two factors in greater detail.

While an aircraft design defect or manufacturing defect can easily lead to a crash, improper maintenance of the aircraft can be just as deadly. Sometimes the plane or helicopter and all of its components are well-crafted and free of defect, but due to faulty maintenance the plane or parts fail to work as expected. A recent trend in outsourcing and hiring low-cost aircraft maintenance providers who may not necessarily be properly trained or experienced in servicing certain types of aircraft has made aircraft maintenance negligence a very real safety issue that has contributed to multiple accidents.

Not every crash should cause severe injury or death. No product liability investigation is complete until answers are found to this question: How did the people on board the aircraft actually suffer their injuries? In many cases the forces of the crash alone were not — or should not have been — sufficient to cause the injuries suffered. Thorough investigation may well lead to the conclusion that the crash itself was survivable, but design or manufacturing defects were the reason that tragedy was the outcome.

The following example is one in which Baum Hedlund was responsible for an important clarification of law, improving aviation safety in the process. After a car crash in Los Angeles caused a child to suffer serious injuries, she was air-lifted to Children’s Hospital. Mid-flight, the tail rotor yoke (which attaches the tail to the aircraft) failed. The aircraft broke in two and crashed into Griffith Park below — killing the child, two rescue firefighters and the firefighter helicopter operator.

The widows of the three firefighters hired our firm. After we filed their aircraft design defect lawsuits, defense attorneys for the helicopter manufacturer, Bell Helicopter Textron, Inc., tried to get our cases dismissed based on the General Aviation Revitalization Act of 1994, a federal law that bars plaintiffs from suing general aviation manufacturers for issues with parts more than 18 years old. The trial judge dismissed our cases. We appealed. We won that appeal and proceeded to prepare the cases for trial.

In summary, the 2nd District Court of Appeals in Los Angeles concluded that the law did not apply to Bell in this case. The judge wrote that there was evidence Bell withheld information from the Federal Aviation Administration “about five military aircraft accidents Bell knew were caused by failure of identical tail rotor yokes,” which caused the Griffith Park accident.

We argued that Bell Textron was required to report all failures of parts used interchangeably in civil and military aircraft. When Bell allegedly failed to do so, they were no longer protected by the General Aviation Revitalization Act of 1994. After winning the appeal, our attorney Paul Hedlund noted that “They have been hiding behind this military exemption for as long as I can remember. It was time somebody called them on it.”

The aviation accident attorneys at Baum Hedlun alleged and proved during the subsequent trial, that the tail rotor yoke suffered a fatigue failure due to defective aircraft design. It was determined that a significant gust of wind could cause the tail rotor assembly to bend excessively, even when sitting on the tarmac, thus weakening the yoke by causing a fatigue crack in it. Although this problem could easily be fixed, the design of the aircraft lacked any method or system to detect the crack when it was very tiny, but nonetheless lethal to the next flight.

Contact us for a free initial consultation if you or a loved one has been hurt in an aviation accident involving an aircraft design defect or manufacturing defect. Our lawyers handle both domestic and international product liability cases.

With decades of experience handling airplane crashes and other aviation accidents, our firm has handled some of the largest air disasters that have resulted from an aircraft design defect or manufacturing defect, including:

For immediate assistance, or to schedule an initial consultation or case evaluation with an experienced aviation or plane crash lawyer, please contact Baum Hedlund Aristei & Goldman, P.C. at (855) 948-5098.