Cheryl Eckard received a whistleblower reward of over $100 million in 2010. But before she became a millionaire many times over, Eckard says she was the victim of retaliation. 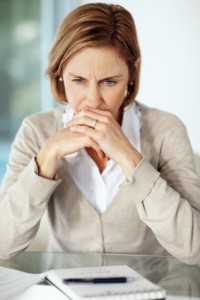 Eckard, who worked in the compliance department of GlaxoSmithKline, filed a whistleblower lawsuit after being fired from the company in 2003. Her lawsuit claimed that she repeatedly expressed serious concerns to her superiors about compliance problems and quality assurance issues at the drugmaker’s Cidra plant in Puerto Rico prior to May 2003. Not long after sharing these concerns, Eckard allegedly received a call from GSK’s human resources department, informing her that she was to receive a redundancy package.

According to Eckard, she informed H.R. she wasn’t interested in the package but was told that she had no choice. Even after she was fired, Eckard allegedly continued to try to get GSK to address Cidra’s quality control and compliance issues but was stonewalled. Years later, Cidra’s issues are now infamous.

In the end, GSK settled with the Justice Department for $750 million. The huge recovery would not have been possible had it not been for Eckard.

It goes without saying that whistleblowers face a difficult road in the pursuit of justice and are often the targets of retaliation. But what role does gender play in blowing the whistle? Are women whistleblowers more likely to be retaliated against?

A 2008 whistleblower study looked into these questions and more. Over 3,000 employees who participated in the study were given questionnaires that asked if they had “personally observed or had direct evidence” of any of 17 types of wrongdoing involving their organizations within the last year.

The whistleblowers who reported wrongdoing (excluding those that reported anonymously) say they experienced the following types of retaliation:

Furthermore, the study found that when women blew the whistle on more serious misconduct or misconduct at higher levels within an organization, they were more likely to suffer retaliation. This did not prove to be the case for men.

So what is this study really saying?