In 2019, our firm and co-counsel won a historic $2 billion Roundup verdict against Monsanto (now Bayer), the ninth-largest personal injury jury verdict in United States history and the largest jury verdict in the state of California in 2019.

Our personal injury attorneys represented Alberta and Alva Pilliod, a couple who sprayed Monsanto’s Roundup weed killer for 30 years on their properties. The jury determined that Roundup exposure caused the couple to develop non-Hodgkin lymphoma and that Monsanto failed to warn of the cancer risk. This was the third successful verdict against Monsanto concerning Roundup. Our firm served on the trial team in all three of the first Monsanto trials, and the firm’s vice president, R. Brent Wisner, served as co-lead trial counsel in all but one of the first three trials. 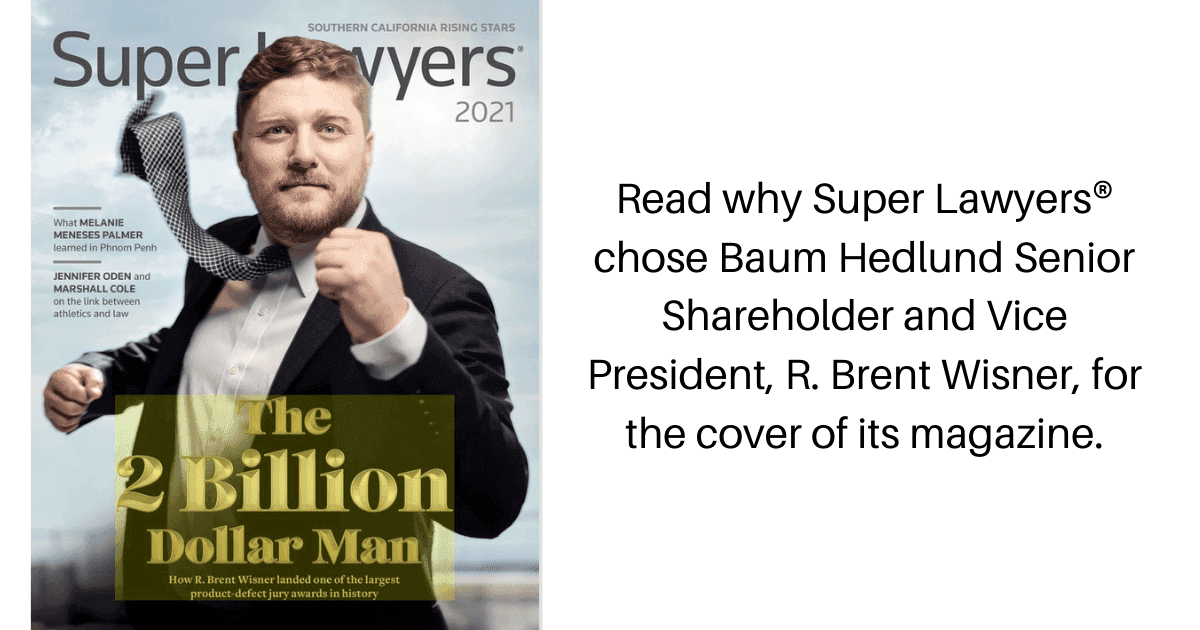 In 2018, our firm and co-counsel won a $289 million verdict against Monsanto on behalf of Dewayne “Lee” Johnson. In recognition of our work, the National Trial Lawyers Top 100 awarded our trial team and co-counsel with “2019 Trial Team of the Year.” Additionally, The National Law Journal and Trial Lawyer Magazine named trial attorney R. Brent Wisner, co-lead trial counsel on the Johnson case, one of “America’s Most Influential Trial Lawyers” and the Daily Journal recognized Brent in the “Daily Journal Top 100 Lawyers for 2018.”

The National Law Journal and ALM Media also awarded our firm two years in a row with the distinguished honor of “Elite Trial Lawyers” first place winner for Pharmaceutical Litigation based on our firm’s work in a high-profile generic Paxil suicide case against drug manufacturer GlaxoSmithKline. The jury verdict in the case of Dolin v. GlaxoSmithKline earned our firm top verdict recognition for the state of Illinois and the nation for 2017.

Our success in the courtroom and at the negotiating table is not limited to mass torts and pharmaceutical product liability cases. Since 1973, our accident attorneys have secured numerous 7+ figure settlements and verdicts on behalf of clients injured or killed in transportation accidents, including truck crashes, bus crashes, train accidents, aviation accidents, and boating accidents.

In 2015, Amtrak Train 188 derailed with 245 passengers on board in Philadelphia, Pennsylvania. The train was traveling in excess of 100 miles per hour as it approached a curve in the track subject to a speed limit of 50 miles per hour. Eight passengers lost their lives. Many were catastrophically or seriously injured. Many claims ensued from the derailment and Amtrak accepted liability for compensatory damages.

Accident attorney Timothy A. Loranger represented the family of a women who was tragically killed in a 2015 crash between a charter bus and an amphibious duck boat vehicle on the Aurora Bridge in Seattle, Washington. The case, which was bundled with 42 other claimants, proceeded to trial in 2018 with Karen Koehler from the law firm of Stritmatter Kessler Whelan Koehler Moore serving as lead trial counsel in the case. As part of the trial team for the plaintiffs, Tim conducted extensive pre-trial work pertaining to liability issues, mechanical defects and service bulletins. After roughly four months of trial proceedings, the jury issued a verdict of $123 million to the claimants, including $20 million to our client.

Our past performance, verdicts and settlements do not constitute a guarantee, warranty, or prediction regarding the outcome of future cases. Past results obtained or overall performance must be confined to that particular case, its factual and legal circumstances and legal surroundings. Every case is different and must be judged on its own merits.