We are no longer accepting new Celexa/Lexapro cases

Baum Hedlund Aristei & Goldman has been litigating cases against Forest Laboratories Inc. and Forest Pharmaceuticals (now Allergan PLC) in a multidistrict litigation (MDL) in the District of Massachusetts since 2012. The allegations, brought by consumers (parents whose children were prescribed Celexa or Lexapro) and a third party healthcare fund representing thousands of trade workers, relate to the false and misleading marketing of Celexa (citalopram) and Lexapro (escitalopram) for pediatric use. 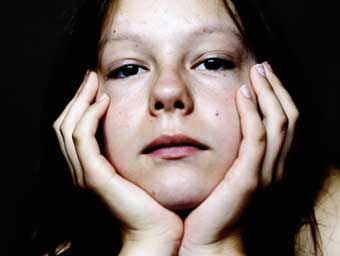 In 2010, Forest entered into a series of settlement agreements with the USAO for the District of Massachusetts. Forest pleaded guilty to one count of obstruction of justice, two counts of distributing a misbranded drug under the Food, Drug and Cosmetic Act, and the illegal off-label promotion of Celexa for use in children and adolescents.

Forest also settled civil allegations initially brought by whistleblowers in qui tam lawsuits. This settlement also resolved, in part, allegations of fraudulent off-label promotion of Celexa and Lexapro for use in children and adolescents.

In total, Forest paid more than $313 million to resolve the criminal and civil claims levied against it.

Lastly, Forest entered into a five-year corporate integrity agreement to address the company’s promotional conduct. Each settlement was contingent on the others and required complete honesty from Forest.

“[P]art of my job is to create ‘masterful’ euphemisms to protect Medical and Marketing.” – Amy Rubin, a Regulatory Affairs Manager for Forest

On January 24, 2018, Baum Hedlund submitted a memorandum along with 79 supporting exhibits to the United States Attorney’s Office for the District of Massachusetts demonstrating how Forest Pharmaceuticals Inc. and Forest Laboratories Inc. (both acquired by Allergan in 2014) deliberately misled the DOJ during its investigation.

The government’s investigation of Forest focused on the company’s illegal off-label promotion of a supposedly positive Celexa study (MD-18 or “Wagner study”) and suppression of a negative Celexa study (94404 or the “Lundbeck study,” also known as the “European Study). Documents unearthed during the course of the consumer fraud lawsuits in Boston revealed a much deeper deception than the government ever suspected.

The exhibits included in the memo are unsealed court documents from the Celexa / Lexapro litigation, which include deposition testimony of Forest employees and former FDA staffers. Baum Hedlund obtained the documents in discovery and were able to get them unsealed over Forest’s objection. According to the documents, the scope and extent of Forest’s fraud was not properly disclosed before the 2010 settlement agreements.

Complaints filed by Baum Hedlund against Forest in the multidistrict litigation MDL No. 2067, Master Docket No. 09-MD-2067-NMG before Judge Nathaniel M. Gorton for the District of Massachusetts include:

According to the lawsuits, Forest misrepresented the efficacy of Celexa and Lexapro for use in children and adolescents, pushed doctors to prescribe the drugs notwithstanding their lack of efficacy and lied to regulators about the conduct of at least one of the studies on which the FDA relied to approve Lexapro in adolescents.

On January 10, 2014, Judge Nathaniel Gorton certified a class of Missouri consumers (parents who purchased Celexa or Lexapro for their children). On March 26, 2014, a settlement was reached in the case ranging from a minimum of $7,650,000 to a maximum of $10,350,000 depending on submitted claims.

Drug makers are required to test drugs for efficacy and safety and submit the results to the FDA before a drug is approved. During these clinical trials, up to hundreds of patients are given either the drug being tested or a placebo (a sugar pill that has no medicinal benefit). Neither the patients nor the researchers testing the drug are supposed to be aware of which patients are receiving the actual medication. They are “double blind.”

If either the researchers or the patients are “unblinded” during the clinical trial, it invalidates the data since there is no way to determine whether the effects observed are caused by the drug as opposed to other factors. Blinding is intended to limit the occurrence of conscious and unconscious bias in the conduct and interpretation of a clinical trial. If either the researcher or the patient knows that a drug is being administered, that knowledge will likely influence their assessment. Numerous studies have confirmed this fact. Blinding is a vital factor in medication research.

In trials of antidepressants, patients are interviewed about their symptoms before, during, and at the end of the trial period, which usually lasts six to eight weeks, to determine how much their symptoms have diminished. Their answers are assigned a numerical value and summed to give an overall depression score. The higher the score, the worse the depression.

Many people experience significant symptom relief simply as a result of a belief that they are taking an active medication, even when the pill they are taking is a placebo. This is known as the placebo effect and it can be very powerful – so powerful in fact that, in many trials, those taking the sugar pill achieve as much symptom relief as those taking the drug. Generally, unless a drug company can provide the FDA with two clinical trials in which the patients receiving the drug achieve significantly more symptom improvement than those taking a placebo, the FDA will not approve the drug.

The primary focus of the government’s prosecution of Forest involved the off-label promotion and dissemination of Forest’s “positive” MD-18 study and the suppression of its negative Study 94404. MD-18 was a double-blind, placebo-controlled clinical trial in children and adolescents and Study 94404 was a double-blind, placebo-controlled clinical trial in adolescents. Forest’s representation during the government’s prosecution that MD-18 was a positive study was used to ameliorate Forest’s misconduct.

What the government did not know is that MD-18 achieved a positive result due to the improper inclusion of nine patients in the study for whom “the blind was unmistakenly [sic] violated” or, as Forest’s medical director put it, who were “automatically unblinded” due to a dispensing error.

In a draft letter sent to the FDA regarding the dispensing error, Amy Rubin, a Regulatory Affairs Manager for Forest, characterized the mishap as only having “the potential to cause patient bias.”

Dr. Charles Flicker, the Senior Medical Director overseeing MD-18, did not approve of this language. He told Rubin that, while the potential to cause patient bias is a “masterful stroke of euphemism,” he wanted the language to be more clear that the “integrity of the blind was unmistakenly [sic] violated.”

Rubin replied by thanking Dr. Flicker for the compliment and added, “[P]art of my job is to create ‘masterful’ euphemisms to protect Medical and Marketing.”

“Not only was the disclosure to the FDA dishonest, according to a Forest Regulatory Affairs manager, it was her job to mislead the FDA and protect medical and marketing,” says attorney Brent Wisner. “The USAO and the DOJ did not know the full story when they sat down to settle civil and criminal charges against Forest in 2010. The evidence we collected in discovery strongly supports the reopening of the government’s investigation and prosecution. Forest should be held to account for the fraud perpetrated on the FDA, the USAO, physicians, parents, and most importantly, children.”

Forest Laboratories Inc. and Forest Pharmaceuticals Inc. (now owned by Allergan) and the company’s hired “key opinion leaders” have promoted the use of Celexa and Lexapro for use in pediatric depression for nearly 20 years notwithstanding knowledge that all but one of the clinical trials of the drugs failed (on every efficacy measure used during the studies). The one “positive” study showed a small statistical advantage, but did not show a clinically meaningful effect. Thus, Forest/Allergan have exposed children and adolescents to the drugs’ risks including an increased risk of suicide without offering a benefit. Forest/Allergan have placed profits over the lives of children and adolescents.

National Pediatric Paxil Class Action Settlement – The maker of Paxil settled for $63.8 million in a national pediatric Paxil class settlement which provided more payment to people who paid for Paxil for use by a minor.

Second Phase of National Pediatric Paxil Class Action Settles for $40 Million – The judge in this case approved a final settlement of $40M to reimburse insurance companies, as third-party payers, for their costs in insuring Paxil purchases paid for by the parents of minors prescribed Paxil or Paxil CR.

FAIR USE NOTICE: This may contain copyrighted (©) material the use of which has not always been specifically authorized by the copyright owner. Such material is made available for educational purposes, to advance understanding of human rights, democracy, scientific, moral, ethical, and social justice issues, etc. It is believed that this constitutes a ‘fair use’ of any such copyrighted material as provided for in Title 17 U.S.C. section 107 of the US Copyright Law. This material is distributed without profit.