The plaintiffs in the Robinson lawsuit are Jessica Croce, Mr. Croce’s wife, and the couple’s two minor children. The complaint includes the following causes of action against Robinson:

Just before 8:00 p.m. local time on the night of Jan. 9, 2020, Mark Croce and Michael Capriotto (also a prominent business owner), departed from Martin State Airport (MTN) in Baltimore, Maryland with an intended destination of Buffalo Niagara International Airport (BUF) in Buffalo, New York. Mr. Croce was at the controls of his recently purchased Robinson R66 helicopter.

Mr. Croce was an experienced pilot who had accrued hundreds of hours of flight time. He held private pilot certification for both single-engine land aircraft and helicopters, and had also taken and passed Robinson’s Pilot Safety Course.

According to air traffic control (ATC) radar information provided by the Federal Aviation Administration (FAA), after takeoff the helicopter climbed to about 2,300 ft. mean sea level (msl) and proceeded on a north-northwesterly track. The flight progressed normally for about half an hour when at approximately 8:28 p.m., the R66 helicopter began to descend. Less than a minute later, ATC lost contact with the aircraft an altitude of about 1,150 ft. msl.

According to a witness, the low flying helicopter was “struggling to fly”, then began to emit a high-pitched noise as if the rotor were having difficulty turning, ending with a sudden and immediate catastrophic inflight breakup followed by a crash.

The Robinson R66 helicopter crashed in a residential neighborhood near Mechanicsburg, Pennsylvania. Mr. Croce and his passenger both sustained catastrophic injuries and died in the crash.

The complaint alleges that the Robinson R22, R44, and R66 models share many of the same design characteristics, and are especially susceptible to catastrophic mast bumping due to the design of the rotor head and main rotor system.

Mast bumping is contact between the main rotor drive shaft (mast) and an inner part of a main rotor blade or a rotor hub. Serious mast bumping can cause the helicopter to break up in flight, which is often fatal for those on board.

“Sadly, this is business as usual for Robinson,” says acclaimed aviation attorney Ronald L. M. Goldman, who has litigated cases against Robinson for the better part of two decades. “It isn’t simply that their helicopters crash more than other manufacturers; the circumstances surrounding the crashes often share similarities, including mechanical failure in the same parts of the aircraft. They have had every opportunity to study the issues and make necessary design changes to protect their consumers, but they don’t. It’s shameful.”

According to the complaint, while mast bumping is not a new phenomenon, the frequency and severity of mast bumps in Robinson helicopters are much higher than its competitors:

“This is in large measure due to the design of the rotor hub and main rotor blade assembly, the ability of the RHC blades to independently pivot and teeter, combined with the inadequate mass of the main rotor blades, and resulting low rotor inertia, and a tendency to delaminate, among other things.”

The Robinson R66 with tail number N450MC was delivered to Mr. Croce in February of 2019. The lawsuit alleges Robinson breached its express warranty concerning N450MC, which stated:

“Robinson Helicopter Company, Inc. (hereafter referred to as ROBINSON) warrants each new helicopter to be free from defects in material and workmanship appearing within two years from the date of delivery from the ROBINSON factory or during the first one thousand (1000) hours of operation, whichever occurs first…New aircraft are equipped with new engines which have a separate Rolls Royce limited warranty.”

The lawsuit alleges N450MC contained numerous manufacturing defects which caused it to experience a sudden and catastrophic break up inflight during normal flight and crashed, killing Mr. Croce. In addition to mast bumping, the complaint alleges the R66’s main rotor blades had inadequate mass that can also delaminate during flight. It also claims the aircraft lacks adequate motor rotor blade stops to prevent the blades from contacting the airframe. In addition, it alleges Robinson failed to warn Mr. Croce about the R66’s susceptibility to mast bumping and emergency procedures to perform in the event of mast bumping.

“Like many crashes involving Robinson helicopters, this one was entirely preventable,” says aviation attorney Timothy A. Loranger. “Until Robinson decides to make safety a priority, these crashes will continue to happen, and sadly, lives will continue to be lost.” 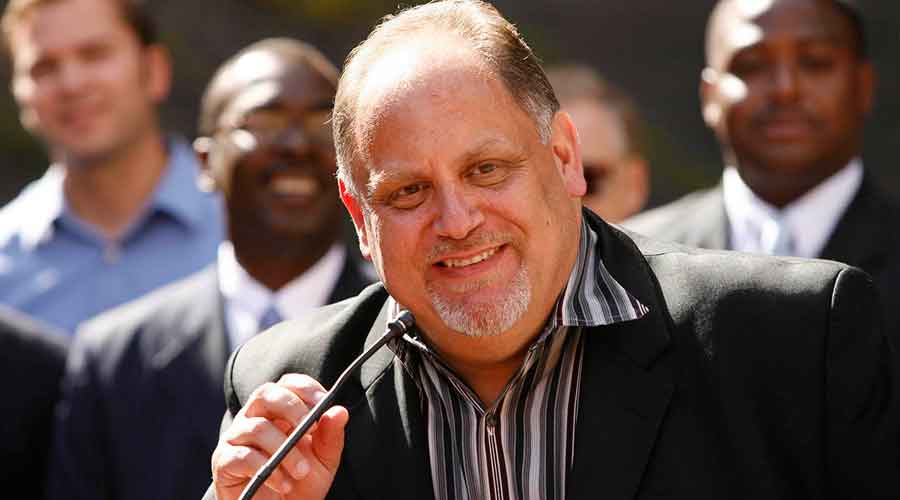 Mark Croce, 58, was one of Buffalo’s most prolific developers who many credit as a pioneer in revitalizing the city’s downtown area. While he and his family may have called Orchard Park home, his heart always belonged to Buffalo.

Mark’s passion for flying allowed him to visit restaurants and hotels around the country to take in the latest trends. He would often apply what he saw to enhance the experience for the guests at his various businesses back home in Buffalo.

While he was passionate about his businesses and flying, Mark’s primary and truest passion was his wife and children. He will be remembered for his larger-than-life spirit.

Across all areas of practice, Baum Hedlund has won more than $4 billion in verdicts and settlements, including the $2B verdict last year against Monsanto, which ended up being the #1 verdict in California in 2019 and the ninth-largest in US history. With a track record of success going back decades, the nationwide firm has earned a reputation for breaking new ground, holding Fortune 500 companies accountable, influencing public policy, raising public awareness, and improving product safety. They have litigated thousands of cases across a wide spectrum, including cases against aircraft manufacturers, airlines, tour companies, trucking companies, pharmaceutical manufacturers, chemical manufacturers and more. Baum Hedlund has received a plethora or honors and awards—most recently listed in The National Law Journal’s 2018-2020 Elite Trial Lawyers and The Best Lawyers in America® (2014-2020).