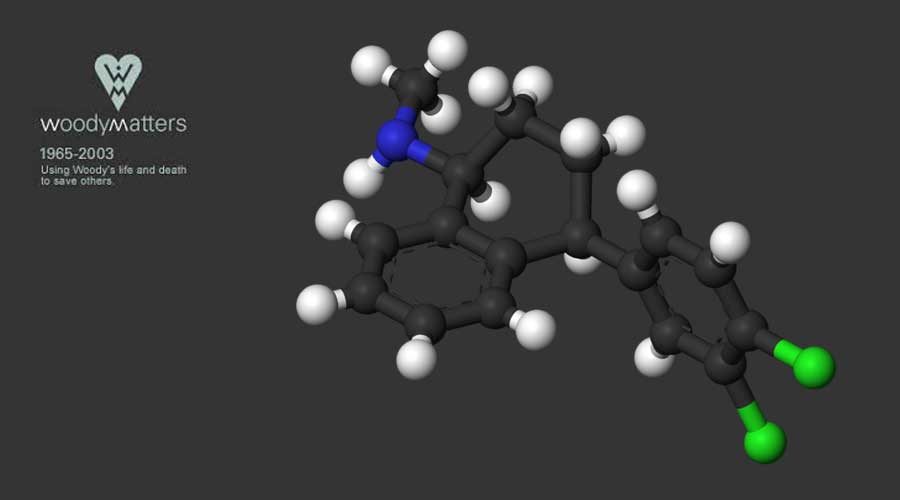 Ms. Witczak’s lawsuit claims that Zoloft caused her husband to experience severe side effects which, in turn, caused him to commit suicide. Timothy Witczak hung himself in the family garage on August 6, 2003. He had been taking the drug for insomnia for approximately five weeks and, shortly before his death, the dosage had been doubled. He experienced extreme nervousness, agitation, depersonalization and a condition known as akathisia. Akathisia is a neurological condition that causes extreme internal restlessness and psychological turmoil.

Ms. Witczak is seeking an unspecified amount of damages against Pfizer for negligence, strict liability, fraud and breach of warranty.

Concurrent with the filing of the lawsuit, Ms. Witczak launched a website in memory of her late husband, dedicated to educating others about the dangers of Zoloft and drugs like it, in order to prevent others from having to experience what she has experienced. The website is Woodymatters.com.

In addition, the “I-Team” from WCCO TV in Minneapolis is scheduled to feature the Witczak story in an investigative piece on May 20 titled “Antidepressants.”

Ms. Witczak is represented by Baum Hedlund, a national pharmaceutical products liability law firm in Los Angeles and Washington, D.C.. The firm represents more than 50 suicide or suicide attempt victims from across the country, involving the SSRIs Zoloft and Paxil.

On March 22, 2004, the FDA asked Pfizer and the makers of a number of other antidepressant drugs to include in their Warning Labels that patients (both adults and children) should be closely monitored for the emergence of suicidality.

While most antidepressant companies have complied with the FDA’s request, Pfizer has yet to do so.

Allegations in the Complaint include:

7.  Zoloft is, and at all relevant times has been manufactured, produced, marketed, sold, distributed, merchandised, packaged, promoted, and advertised by Pfizer as an allegedly safe and effective drug for the treatment of depression and other medical conditions.

8.  Zoloft is a member of a class of drugs known as “selective serotonin reuptake inhibitors,” or “SSRI’s” which include other similar drugs such as Paxil (which has nearly identical methods of action and side-effect profile). Pfizer secured FDA approval to market Zoloft as an antidepressant in late 1991.

9.  Zoloft can cause side effects such as emotional blunting, depersonalization and a condition called “akathisia,” which alone or in combination with other side effects, such as emotional blunting, are associated with acts of self-harm. Akathisia is a neurological phenomenon with characteristics of intense internal restlessness, agitation and dysphoria. In addition, Zoloft can cause some patients to become manic, hypomanic, or even psychotic, with such conditions leading to their death. Zoloft “pushes” the serotonin system, which can result in reciprocal switching off of the dopamine system. In the striatum of the brain, this can result in tremor and occasional dystonia and in the frontal lobes it can result in symptoms similar to the negative symptoms of schizophrenia. These symptoms can include patients feeling as if they were outside of their body. In short, the drug, which may be no more effective than placebo [footnote 1], can drive some people to their death.

Footnote 1: A recently published study, which analyzed the clinical trial data submitted to the FDA to establish the efficacy of six of the most widely prescribed antidepressants (including Prozac, Paxil, and Zoloft), found the efficacy of these drugs to be “clinically negligible.” “The Emperor’s New Drugs: An Analysis of Antidepressant Medication Data Submitted to the U.S. Food and Drug Administration” by Irving Kirsch (University of Connecticut), Thomas J. Moore (The George Washington University School of Public Health and Health Services) and Alan Scoboria and Sarah S. Nicholls (University of Connecticut). That is not to say the drugs have no effect, but that they lack effectiveness in treating the conditions for which they are prescribed (e.g., depression). Internal company documents demonstrate that Pfizer was well aware that this was the case, however, touted the drug as highly effective, despite its risks. This has left doctors incapable of conducting a proper risk/benefit analysis. Furthermore, internal FDA documents also point out “‘the lack of robustness’ of the clinical evidence supporting Zoloft’s efficacy . . .” and stressed that the FDA itself might come “under attack by constituencies that do not believe [the FDA] is an demanding as it ought to be in regard to its standards for establishing the efficacy of antidepressant drug products.”

10.  Pfizer touts Zoloft as a cure for a chemical imbalance in the brain which is nothing short of speculation. As one renowned psychiatrist put it: “[SSRIs] are not correcting a biochemical imbalance, these drugs create severe imbalances in the brain . . . The idea that human suffering, psychological suffering, is biochemical is strictly a promotional campaign, perhaps the most successful in the history of the world, created by the drug companies. We do not even have a technology, a scientific technology, for measuring what happens inside the brain . . . it is literally a fabrication.” In fact, the Irish equivalent to the FDA (the Irish Medicines Board or “IMB”), recently forced the maker of the SSRI Paxil to withdraw claims that the drug works by normalizing serotonin levels in the brain because these claims “were not consistent with the scientific literature.”

11.  Pfizer has known for years that Zoloft can induce akathisia, yet has failed to warn either prescribing physicians or the consuming public about this dangerous condition. [Footnote 2.] In fact, Dr. Roger Lane, former Medical Director of the Zoloft Product Strategy Team at Pfizer, wrote two published, peer-reviewed scientific articles concerning akathisia and the risk of suicide for all SSRI drugs, including Zoloft. These articles are entitled “SSRI-Induced extrapyramidal side-effects and akathisia: implications for treatment,” Journal of Psychopharmacology, 12(2)(1998), pp. 192-214; and “Selective Serotonin Reuptake Inhibitor-Induced Serotonin Syndrome: Review,”Journal of Clinical Psychopharmacology, 17(3)(1997), pp. 208-22. As Dr. Lane writes, these conditions are sometimes hard to detect and diagnose, although not so hard to treat. E.g. “SSRI-induced akathisia is a relatively rare event but is frequently unrecognized when it does occur.” For this reason, it is imperative that both physicians and their patients be forewarned and alerted.

Q Is akathisia also known as hyperkinesia?
A Yes.

Q And both akathisia and hyperkinesia are considered extrapyramidal symptoms or disorders?
A Yes. Akathisia is considered an extrapyramidal symptom or disorder, as is hyperkinesia. But, again, there could be other causations. These terms are also similar to agitation, psycho motor agitation. It often could be very difficult to tell the difference between.

Q Do you agree that Zoloft can cause some people to experience akathisia or hyperkinesia?
A Yes.

Q How long has that been established, to your knowledge?
A I’m sure there were reports of the initial clinical trials of the depression database, depression studies that were occurring back in the 1980’s.

Moreover, one of Pfizer’s own expert witnesses testified in a jury trial related to the SSRI Paxil, that “akathisia has the potential when it is severe of contributing to suicidality and aggression.” Another expert witness for Eli Lilly, the manufacturer of Prozac, similarly testified: “SSRI drugs can cause akathisia . . . I believe that what akathisia does is it creates a state of severe anxiety which can exacerbate pre-existing proclivities, tendencies, in an individual to engage in either suicide or violence.”

13.  On March 22, 2004, the FDA requested that all SSRI manufacturers warn of the above conditions and, while most manufacturers have complied with this request (for example, see excerpts of the FDA-approved warning for Paxil, attached as Exhibit D), Pfizer has yet to do so.

14.  Pfizer has aggressively distributed and marketed Zoloft, encouraging all types of physicians (including those who have no specialized training or expertise in the mental health field such as decedent’s family doctor) to dispense and prescribe Zoloft, not only for depression, but also for other maladies. As a recent publication, touting Pfizer, illustrates, this is consistent with Pfizer’s corporate philosophy: “Research . . . is only half of what fuels Pfizer. The other half is marketing. . . At Pfizer marketing infuses every aspect of drug development and delivery. . . . The marketing equation is simple: If patients primed by TV commercials ask doctors, swayed by sales visits, about drugs with compelling clinical trial results, lots of prescriptions will get written.” Woolley, Science & Savvy, Forbes, Vol. 163, No. 1, p. 122, 123 (January 11, 1999)

15.  Pfizer advertises Zoloft, both in professional medical publications and, more recently, in “direct to consumer” advertising. Pfizer has so aggressively marketed Zoloft, that its over-promotion has nullified what warnings Pfizer has given regarding this drug. Thus, Pfizer’s legal liability is predicated, not only upon those things which it failed to tell prescribing physicians and patients, but also on its affirmative misrepresentations. Plaintiff alleges that Pfizer, acting primarily through its bonus-incentive sales force, went to great lengths to assure doctors that the side effects that can lead to death would not occur with Zoloft, and to assuage patients’ concerns over the initial adverse effects which are frequently the harbingers of tragedy.

A Baum Hedlund lead SSRI plaintiffs attorney and Kim Witczak, attended the FDA Advisory Committee on February 2, 2004 regarding antidepressants and reports of suicidal risks for children. Our attorney testified at the hearing and evidence delivered and submitted to this committee caused the FDA to issue a recommendation to SSRI manufacturers to include in their warning labels that patients (both children and adults) should be closely monitored for the emergence of suicidality.

Some of Baum Hedlund’s earliest SSRI litigation includes having represented the widow of 1960s rock star, Del Shannon who committed suicide after taking Prozac, and the family of comedian Phil Hartman and his wife, Brynn, who killed her husband and then herself after taking Zoloft.

The firm was on the “Plaintiffs’ Steering Committee” in the first SSRI-suicide litigation involving Prozac (the first SSRI approved by the FDA for marketing in the U.S.) in the early 1990s. A Baum Hedlund attorney was on the trial team in one of the only SSRI cases to go to trial, a homicide/suicide case, in 1999.