Our past performance, verdicts and settlements do not constitute a guarantee, warranty, or prediction regarding the outcome of future cases. Past results obtained or overall performance must be confined to that particular case, its factual and legal circumstances and legal surroundings. Every case is different and must be judged on its own merits.

The law firm of Baum Hedlund Aristei & Goldman has successfully handled a wide variety whistleblower cases against some of the largest corporations in the world. Our qui tam attorneys have secured settlements in cases involving major pharmaceutical and medical device manufacturers, health care providers, government contractors and aerospace companies. These cases not only helped our clients, they brought to light harmful industry practices and marketing schemes that sought to bilk money from vital government programs and put the general public in danger.

Below are examples of some of our recent successful whistleblower cases, where you can find out more about the allegations and settlement details of each case, as well as the amount of compensation awarded to the brave men and women who came forward and reported wrongdoing to the government.

If you would like to speak with an attorney about becoming a whistleblower, please feel free to contact us anytime by filling out this form or calling (855) 948-5098.

“Mr. Webb is the real hero of this story. He made the decision to come forward and report thisbilling scheme, even though he knew it would have a serious impact on his life and family. I am proud to have him as both a client and a friend.” – Baum Hedlund Whistleblower Attorney Mark Schlein

In one of our successful whistleblower cases relating to aerospace fraud, Boeing paid $18 million to settle a whistleblower lawsuit that charged the company with violation of the terms of a defense contract by improperly charging the government for aircraft maintenance. James Thomas Webb, Jr. received a whistleblower reward of over three million dollars for bringing the fraud allegations to the government’s attention.

According to the qui tam lawsuit, Boeing performed maintenance on the C-17 Globemaster aircraft under contracts with the government at the Long Beach Depot between 2006 and 2013. During this time, Mr. Webb claimed Boeing submitted false claims for 8-hour work shifts performed by employees at the Long Beach Depot knowing the 8 hours included time spent at lunch. The whistleblower lawsuit alleged that Boeing was not entitled to be paid for time employees were at lunch.

“If this type of fraud is going to be stopped or even slowed down, it’ll require whistleblowers with courage like Mr. Forrest to come forward and report concerns of wrongdoing to the government.” – Baum Hedlund Whistleblower Attorney Mark Schlein

Pharmasan Labs, NeuroScience and two executives paid $8.5 million to settle a whistleblower lawsuit that claimed both companies improperly billed Medicare for laboratory tests not eligible for reimbursement, as well as tests that were submitted by non-approved, non-physician practitioners. Whistleblower Richard Forrest, who once worked as a billing manager at Pharmasan, received a reward of $1.13 million.

According to the qui tam lawsuit, Pharmasan billed the government for thousands of tests that failed to meet federal reimbursement guidelines because they were medically unnecessary, experimental, and/or investigative. The qui tam lawsuit further alleged that, in some circumstances, non-authorized providers “prescribed” the take home tests. In order to avoid government rejection of these tests for payment, Pharmasan allegedly altered billing codes and/or misrepresented other information to government health care agencies.

“We all know that health care fraud is a way of life, but this case is particularly egregious because it allegedly involves painful dental procedures done on very young children. To make it even more unthinkable, the children were essentially sold to the dentists by their parents for the price of a gift card.” — Baum Hedlund Whistleblower Attorney Mark Schlein

Baum Hedlund resolved a whistleblower lawsuit that helped the federal government and the state of Texas recover $8.45 million from MB2 Dental Services.

The Texas-based dental services company was accused of submitting false claims to Medicaid for pediatric dental services that were never provided, were tainted by kickbacks, or were based on misrepresentations pertaining to the individuals who performed the services.

The whistleblower in the case, a former MB2 employee who wished to remain anonymous, received an award of $1.521 million for bringing the allegations to the government’s attention.

According to the allegations, between 2009 and 2014, MB2 and its affiliated practices knowingly submitted claims to the Texas Medicaid Fee for Service Program for single-surface fillings in pediatric patients that were never provided, paid kickbacks to Medicaid beneficiaries and their families, marketers, and marketing companies, and misrepresented the individuals that performed pediatric procedures via the use of erroneous Medicaid provider numbers. 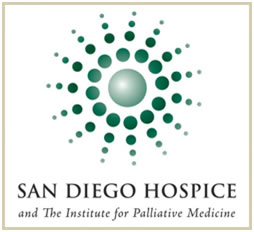 “Hospice care is centered on the belief that all of us have the right to die with dignity and free of pain. I am very proud that our client stood up and said, “when federal money is spent on patients who don’t need hospice services, patients who actually do need end of life care may not receive it.” — Baum Hedlund Whistleblower Attorney Mark Schlein

San Diego Hospice & Palliative Care Corporation agreed to pay $6.5 million to settle whistleblower claims that it violated the False Claims Act by admitting people into hospice care who did not meet federal requirements. The Relator in the case is expected to receive a whistleblower reward of over $1 million for bringing the fraud allegations to the government’s attention.

The final resolution of this case was complicated when San Diego Hospice declared bankruptcy. The total recoveries for the government and the whistleblower reward are pending, as the case is soon to emerge from bankruptcy court.

“Dr. Moussa was concerned the billing practices alleged in the complaint not only violated Medicare and Medicaid rules, but potentially deprived patients of the level of care they should have received. By having the courage to step forward, the improper practice was stopped. The Relator and other courageous whistleblowers like him are the frontline soldiers in the war against healthcare fraud.” – Baum Hedlund Whistleblower Attorney Mark Schlein

In one of our recent successful whistleblower cases, the former owners of West Alabama Emergency Physicians agreed to pay $1.3 million to settle a qui tam lawsuit claiming they collectively defrauded the government by submitting false claims to government health care agencies. Whistleblower Ahmed Mahmoud Moussa, M.D. received a reward of roughly $234,000 for bringing the Medicare fraud allegations to the government’s attention.

The qui tam lawsuit claimed that, between 2007 and 2013, WAEP used nurse practitioners at a medical center in western Alabama to provide healthcare services, then coded and billed for the services under the National Provider Number (NPI) of an on-duty physician in order to bill at the higher doctor’s rate. According to the allegations, the on duty physician never actually had face-to-face contact with patients.

The complaint stated that WAEP submitted inflated claims for reimbursement from government health care agencies, enriching WAEP and depriving patients of the level of care to which they were entitled.

“After seeing something that he knew wasn’t right, our client had the courage to come forward and report it.” – Baum Hedlund Whistleblower Attorney Mark Schlein

Bizlink, a California-based importer of computer cable assemblies, paid $1.2 million to settle a whistleblower lawsuit claiming the company underpaid customs duties on imported goods, a violation of the False Claims Act. The Relator in this case, who desires to remain anonymous, received a whistleblower reward of $252,000.

According to the qui tam lawsuit, Bizlink provided the U.S. Customs and Border Protection Division of the Department of Homeland Security with false invoices on imported goods from its factory in Shenzhen, China over a period of two years (between 2006 and 2008). The false invoices, which were used to calculate customs fees on the imported goods, resulted in Bizlink substantially underpaying Customs duties, the qui tam lawsuit claimed.