Does Baby Food Cause ADHD?

This association is troubling because baby foods contain “dangerously high levels” of toxic heavy metals, according to a 2021 report from the U.S. House Oversight and Reform Subcommittee on Economic and Consumer Policy.

The national law firm of Baum Hedlund Aristei & Goldman represents parents in their pursuit of justice against companies that manufacture baby food products tainted with dangerous levels of toxic metals. We are filing lawsuits alleging that exposure to heavy metals in baby foods caused children to develop autism or attention-deficit/hyperactivity disorder (ADHD).

If you would like more information on pursuing a baby food lawsuit, please contact us or give us a call at (855) 948-5098 for a free and confidential case evaluation.

ADHD stands for attention-deficit/hyperactivity disorder, one of the most commonly diagnosed neurodevelopmental disorders in children. A person with ADHD has different brain activity that affects attention, hyperactivity, and self-control.

For many children, trouble focusing and behaving at one time or another is normal. However, children with ADHD do not simply grow out of these behaviors. The symptoms persist, can be severe, and can cause difficulty in all aspects of life, including at home, school, and future employment prospects. According to the U.S. National Institute for Mental Health (NIMH), roughly one-third of children diagnosed with ADHD retain the diagnosis into adulthood. 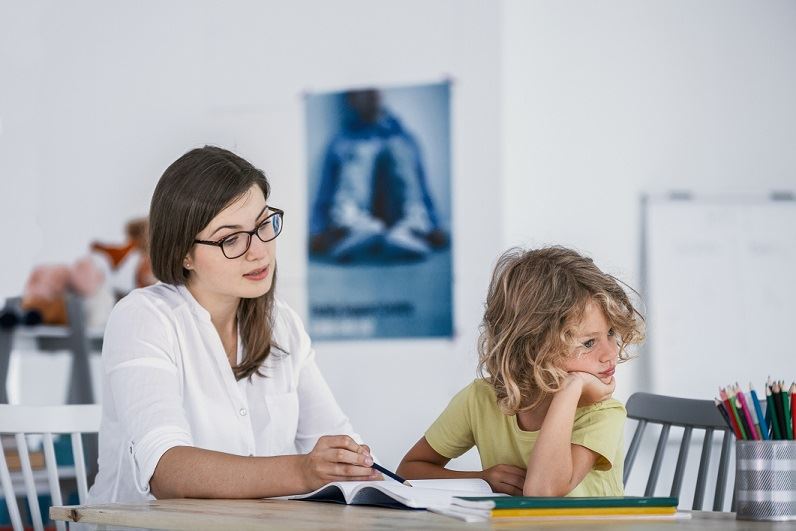 The three types of ADHD are associated with the predominant symptom (or symptoms):

Inattentive Presentation: Kids presenting with inattentiveness have trouble with organization and struggle to finish tasks and/or pay attention to details. They can also find it difficult to follow directions or fully comprehend conversations. A child in this category is easily distracted or forgets details of daily routines.

Hyperactive-Impulsive Presentation: Kids presenting with hyperactivity-impulsion often fidget, talk a lot, and have trouble waiting for their turn. Some find it hard to sit still for mealtime or while doing homework. Younger children may show signs of restlessness, often wanting to run, jump, or climb constantly. An impulsive individual may interrupt frequently, take things from others, or speak at inappropriate times. A child in this category usually has more accidents and injuries than others.

Combined Presentation: Symptoms of the above two types are equally present.

When is ADHD Diagnosed?

ADHD is usually first diagnosed in childhood, though the diagnosis often lasts into adulthood. Parents and teachers may notice signs of ADHD when a child is very young. While it is normal for young children to be distractible, impatient, impulsive, or restless, some kids do not get much better at following directions, paying attention, settling down, listening, or waiting. When these issues persist and cause problems at school, at home, and with peers, it may be time to schedule an appointment with your child’s doctor to diagnose ADHD.

How is ADHD Diagnosed?

To diagnose ADHD, your child’s doctor will first perform a check-up, including vision and hearing, to ensure that something else is not the cause of any suspicious symptoms. If needed, your child’s doctor can refer you to a child psychologist or psychiatrist for diagnostic purposes.

Health care professionals use guidelines set by the American Psychiatric Association’s (AMA) Diagnostic and Statistical Manual, Fifth Edition (DSM-5) to diagnose ADHD. As part of the diagnosis, the physician may start by asking about your child's activity, behavior, and overall health. Parents should be as detailed as possible about the causes for concern that led to the office visit.

After gathering all of the necessary information, a doctor may diagnose ADHD if:

Some children with ADHD also deal with learning disabilities, mood and anxiety issues, or defiant and oppositional behaviors. These symptoms are usually treated along with ADHD.

Roughly one in four children with an ADHD diagnosis also have low-level signs of autism or autism spectrum disorder (ASD). In fact, ADHD is the most common coexisting condition in children with autism.

What are the Causes of ADHD?

The precise cause (or causes) of ADHD is unknown. However, research has shown that environmental factors—including exposure to high levels of heavy metals—play a key role in the development of both ADHD and ASD. The CDC, the Mayo Clinic, and National Institutes of Health (NIH) all recognize early life exposure to environmental toxins (such as arsenic, cadmium, lead, and mercury) as causal for ADHD or risk factors for both ASD and ADHD.

The World Health Organization (WHO), maintains that heavy metals pose a “major public health concern” for children, and the Occupational Safety and Health Administration (OSHA) has warned that heavy metals “may build up in biological systems and become a significant health hazard.” The Department of Health and Human Services’ Agency for Toxic Substances and Disease Registry (ATSDR) ranks arsenic as number one among substances present in the environment that pose the most significant potential threat to human health, followed closely by lead (second), mercury (third), and cadmium (seventh).

The scientific literature has repeatedly associated exposure to toxic metals with the development of ADHD in children.

Heavy metals, including lead, “interrupt the dopamine pathway, which is one of the major neurotransmitter pathways that is involved in ADHD, resulting in dopaminergic neuron damage and the disruption of the homeostasis of calcium-dependent neurotransmitters,” according to the scientific literature. 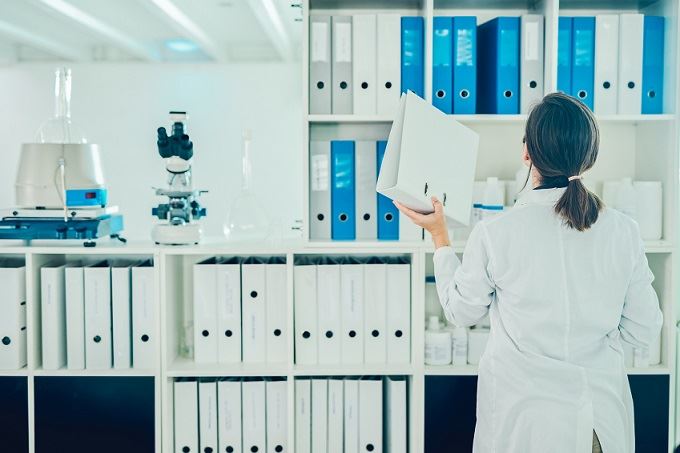 Below are several of the leading studies linking heavy metals to ADHD:

Attention deficit hyperactivity disorder and its association with heavy metals in children from northern Chile: This study conducted by Chilean researchers analyzed data of 2656 children between the ages of 3 and 17 to determine the association between the presence of blood lead and urinary arsenic and ADHD. After adjusting for confounding variables, the authors observed a more than doubling of the risk for ADHD in children with blood lead concentrations ≥5 μg/dl, and a similar doubling of the risk of ADHD in children exposed to arsenic. According to the authors, the study “provides additional evidence to existing literature regarding the potential role of toxic metals such as lead and arsenic in children’s behavior.”

A meta-analysis of the evidence on the impact of prenatal and early infancy exposures to mercury on autism and attention deficit/hyperactivity disorder in the childhood: This 2014 meta-analysis from Japan observed a doubling of the risk for the association between exposure to mercury and the development of ADHD, with the results remaining similar even after excluding studies not adjusted for confounders.

The Association between Lead and Attention-Deficit/Hyperactivity Disorder: A Systematic Review: A 2019 meta-analysis conducted by researchers from Spain reviewed 17 studies on lead exposure and diagnosis of ADHD. Out of the 17 studies, 12 showed positive associations between exposure to lead and ADHD, with lead blood levels of 5-10 μg/dL associated with a 66% increased risk of ADHD, demonstrating a dose-response association. According to the study authors, “the evidence from the studies allowed us to establish that there is an association between lead and ADHD and that even low levels of lead raise the risk” (emphasis added).

Heavy Metals’ Effect on Susceptibility to Attention-Deficit/Hyperactivity Disorder: Implication of Lead, Cadmium, and Antimony: In 2018, researchers examined the association between exposure to cadmium, lead, and mercury and ADHD in school children. After analyzing the results from 29 patients with ADHD inattentive type, 47 patients with ADHD hyperactivity/impulsivity type, and 46 healthy control children, the authors concluded that “lead and cadmium were associated with susceptibility to ADHD and symptom severity in school-age children. Eliminating exposure to heavy metals may help to prevent neurodevelopmental disorders in children.”

S100β in heavy metal-related child attention-deficit hyperactivity disorder in an informal e-waste recycling area: This 2014 study examined the relationship between exposure to lead and ADHD among 240 kindergarten children between the ages of three and seven. The authors observed that child blood levels of lead and cadmium correlated with certain behavioral abnormalities, including conduct problems and antisocial behavior. The study authors noted that “[e]xposure to lead even at low levels correlates with attention-deficit/hyperactivity disorder (ADHD). However, lead-contaminated environments are often contaminated with other heavy metals that could exacerbate lead-induced ADHD” (emphasis added).

The baby food attorneys at Baum Hedlund Aristei & Goldman believe the U.S. Food and Drug Administration (FDA) has not done enough to protect the nation’s most vulnerable – our children. For years, the FDA has allowed baby food companies to self-regulate and set their own standards for heavy metals in their products. In the absence of strong federal regulations, these manufacturers have filled supermarket shelves with tainted food.

Our firm represents the parents of children with autism and ADHD who regularly consumed baby foods from these brands:

If you are interested in learning more about pursuing a baby food claim, please contact us or call (855) 948-5098