The Food and Drug Administration (FDA) has warned that patients across the nation may have been exposed to an antibiotic-resistant superbug after contaminated endoscopes (side-viewing duodenoscopes), such as the one made by Olympus American Inc., were used during endoscopy procedures.

Duodenoscopes are used in about 500,000 endoscopy procedures every year. The design of the scope makes it very hard for it to be properly cleaned, leaving antibiotic resistant superbug bacteria in hard-to-reach crevices. The FDA has instructed doctors and hospitals to use extra caution in disinfecting the devices.

Patients exposed to the superbug outbreak have begun filing lawsuits against one of the duodenoscope manufacturers, Olympus America Inc., claiming Olympus disregarded extreme risks to public health by failing to instruct hospital personnel on how to properly clean the scopes. According to an official from the FDA, Olympus never received clearance from the FDA prior to putting the company’s TJF-Q180V duodenoscope on the market. 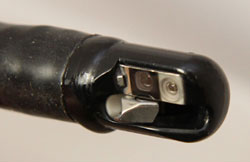 The FDA’s alert, issued on February 19, 2015, came only a day after officials at Ronald Reagan UCLA Medical Center reported that seven patients had fallen seriously ill and two had died from the improperly sterilized duodenoscopes used in an endoscopy procedure to treat diseased liver, pancreatic and bile ducts. UCLA also announced that it has notified 179 other patients who were treated with the contaminated duodenoscopes from October 2014 to January 2015, to offer them medical tests. The LA Times reports that by some estimates, if the infection spreads to a person’s bloodstream, the superbug bacteria can kill 40% to 50% of patients.

The issued FDA standard is for 99.9999% of all microbes to be cleaned from a scope. Neither Olympus, Pentax nor Fujifilm have been able to demonstrate that their devices can be cleaned to the FDA’s disinfection standard.

Were you injured by a defective medical device? Do you have a medical device that was implanted in an unapproved, off-label manner? If so, call (855) 948-5098 today for a free consultation.

If you believe that you were infected during an endoscopy procedure and would like more information about filing a lawsuit, please provide information below:

What is the Superbug Outbreak?

The superbug outbreak is related to a family of germs called carbapenum-resistant enterobacteriaceae (or CRE). CRE bacteria are considered deadly because of their resistance to drugs, including last-resort antibiotics. The bacteria most commonly attack patients in hospitals and nursing homes, especially patients using breathing tubes, catheters, or in the most recent case, endoscopes or duodenoscopes. These devices, specifically the TJF-Q180V scope manufactured by Olympus, likely caused the superbug to be transmitted to victims currently infected.

As Dr. Thomas Frieden, director of the Centers for Disease Control and Prevention said in a recent interview, the superbug is becoming increasingly more common in hospitals across the country, adding that if attention isn’t paid to the issue, “it may well get out into the community,” making common cuts and infections potentially fatal.

What Caused the Superbug to Spread?

The FDA estimates that roughly half a million endoscopic procedures are performed every year in the U.S. The procedure itself involves a device known as an endoscope or duodenoscope being inserted into a patient’s throat. The device then travels through the stomach to the top of the small intestine.

The scope itself shouldn’t pose a threat to the health of patients, but the design of the Olympus Q180V includes tiny crevices that are difficult to disinfect, especially without proper sanitation guidelines. According to the FDA alert, residual body fluids and organic debris can remain in these crevices even after cleaning and disinfection. If the fluids were to contain any contamination, subsequent patients undergoing the procedure could be exposed to “serious infections.”

In the case of the UCLA superbug outbreak, hospital officials maintain that two TJF-Q180V medical scopes were still contaminated after disinfecting guidelines were followed. UCLA Medical Center has since reached out to 179 patients who received an endoscopy procedure between October 2014 and January 2015, offering them home tests that can identify harmful bacteria.

The Olympus duodenoscope used at UCLA Medical Center went on the market in 2010. But according to Karen Riley, the deputy director of strategy at the FDA’s Office of External Affairs,Olympus never asked for FDA approval to put the device on the market.

FDA regulations require any medical device maker to receive clearance if and when a new device model includes changes that could “significantly affect the safety and effectiveness of the device.” In the case of the Olympus TJF-Q180V duodenoscope, a modification to the elevator channel that was never cleared by the FDA was determined to be the exact part of the device implicated in the superbug cases. Olympus submitted an application to the FDA to sell the new model last year. Their FDA application is still pending.

At this time, it remains unknown whether the FDA will penalize Olympus for selling the model without their approval. 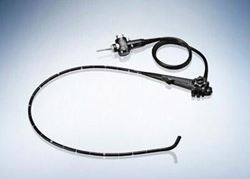 Olympus knew or should have known that endoscopic procedures using the device it designed and sold could result in contaminated fluids being transferred from patient to patient, according to lawsuits filed against the medical device manufacturer. Olympus made serious changes to the Q180V without evaluating the cleaning methods needed to disinfect the device after use. The company also failed to obtain FDA certification to sell the device. Without proper disinfection protocols, or a recall on the device to update safety information, Olympus knowingly put patients at serious risk, the lawsuits allege.

Baum Hedlund Aristei & Goldman has successfully represented thousands of clients in defective medical device and pharmaceutical injury cases, as well as illegal and off-label use of drugs and devices, since the late 1980’s. Such litigation involves complex evidence and choice of law issues which have been routinely handled by the firm in both state and federal courts. We have been on the prevailing side of some of the nation’s most highly-publicized cases.**

Our legal victories have helped consumers in many ways beyond settlement. For example, we have helped uncover harmful drug industry practices, deceptive Big Pharma marketing schemes and helped to improved drug warning labels.

Our firm has won over $4 billion for our past clients in all areas of practice and many of our attorneys have earned Martindale-Hubbell’s highest AV® Preeminent™ Peer Review Rating, and our law firm is also listed in Martindale-Hubbell’s Bar Register Preeminent Lawyers, The Best Lawyers in America®, Top Ranked Law Firms™ and U.S. News & World Report Best Lawyers® Best Law Firms.*

If you believe that you were infected with superbug bacteria during an endoscopy procedure using either the Olympus, Fujifilm or Pentax duodenoscopes and would like more information about filing a lawsuit against one of these medical device manufacturers, please fill out our contact form or call us at (855) 948-5098 in order to speak with a medical device injury attorney.

*Martindale-Hubbell is the facilitator of a peer review rating process. Ratings reflect the confidential opinions of members of the Bar and the Judiciary. AV® Preeminent™ is certification mark of Reed Elsevier Properties Inc., used in accordance with the Martindale Hubbell certification procedures, standards and policies. An AV® rating reflects an attorney who has reached the heights of professional excellence. He or she has usually practiced law for many years, and is recognized for the highest levels of skill and integrity.

Best Lawyers and The Best Lawyers in America are registered trademarks of Woodward/White, Inc., of Aiken, SC.

*Our past performance, verdicts or settlements do not constitute a guarantee, warranty, or prediction regarding the outcome of your legal matter. Past results obtained or overall performance must be confined to that particular case, its factual and legal circumstances and legal surroundings. Every case is different and must be judged on its own merits.