The latest Greyhound bus shooting in Oroville, California demonstrates how vulnerable passengers and drivers are to attacks. As lawyers with years of experience representing victims of bus shootings, our firm continues to ask: when are companies like Greyhound going to commit themselves to safety and improve security standards to stop preventable tragedies from happening?

Lawyers from Baum Hedlund Aristei & Goldman are in active litigation against Greyhound stemming from a bus shooting in 2020. Attorney Clay Robbins III, who has successfully represented bus passengers in previous cases against Greyhound, filed lawsuits on behalf of multiple victims. If you or a member of your family was harmed in a Greyhound bus shooting incident, we are here to help. Put your case in the hands of experienced lawyers who know what it takes to secure justice and maximum compensation on your behalf. 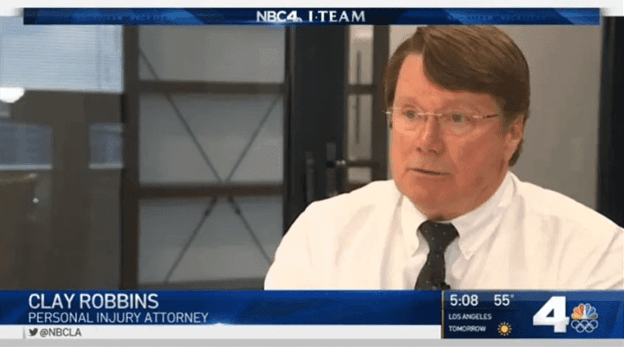 To speak with attorney Clay Robbins III about your claim, please fill out our case evaluation form or give us a call today at (855) 948-5098.

On the evening of February 2, 2022, it is reported that a 21-year-old man from Sacramento pulled out a gun and opened fire while in a Greyhound bus on its way to Los Angeles. A 43-year-old woman was killed and at least four passengers were injured. Two of the victims, a 25-year-old pregnant woman and a 32-year-old man who was in surgery overnight, were listed in critical condition after the Greyhound shooting.

Law enforcement in Oroville responded to 911 calls at approximately 7:30 p.m. local time reporting an active shooter on a Greyhound bus parked outside an AM-PM convenience store at Feather River Blvd. and Oroville Dam Blvd. The bus was traveling from Redding down to Los Angeles and had made stops in Red Bluff and Chico before reaching Oroville. 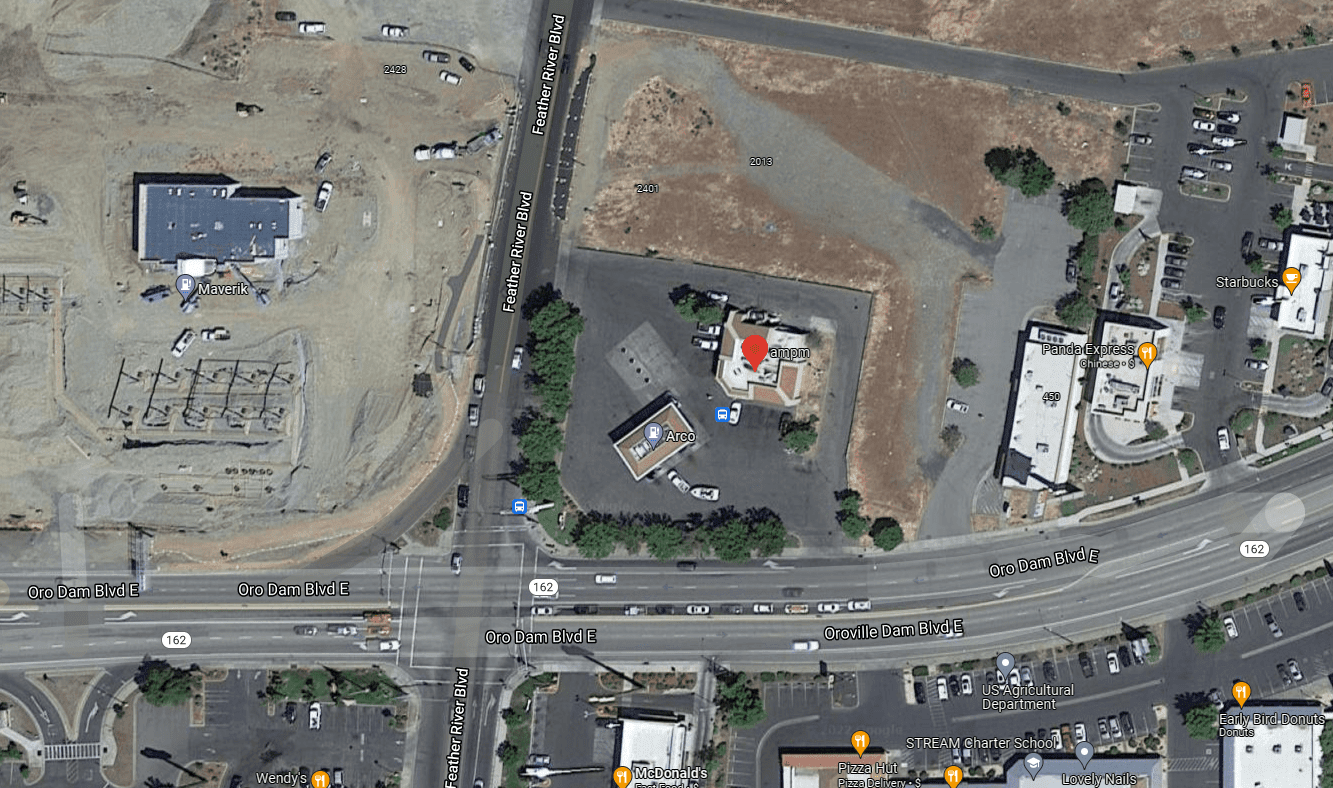 According to Butte County District Attorney Michael Ramsey, suspected shooter Asaahdi Elijah Coleman boarded the Greyhound bus near Redding and began showing signs of abnormal and concerning behavior. He reportedly made or received a phone call that seemed to agitate him, and he soon began acting paranoid and upset.

Coleman later showed another bus passenger the firearm in his small bag, a 9mm handgun. When the bus arrived at the convenience store in Oroville, Coleman reportedly began firing as passengers disembarked the vehicle. Law enforcement authorities said there were roughly 25 passengers on the Greyhound bus at the time.

After multiple shots were fired, Coleman then reportedly fled the scene on foot, dropped the handgun in a construction zone near the AM-PM, and walked into a nearby Walmart, where he was eventually apprehended.

Suspect in Oroville Shooting on Bus Had Criminal Record, Was Not Legally Allowed to Possess Firearm

Officials indicated that Coleman was wanted in Alameda County for violating the terms of his probation at the time of the Greyhound shooting in Oroville and was not legally allowed to possess a gun. Coleman was also served felony charges in 2021 for violating prohibition of firearm access. He was later released on bail with a scheduled court appearance for March.

“For years, we have been calling on Greyhound to protect its passengers from gun violence by investing in metal detection and other security measures that stop guns from getting on buses," says attorney Clay Robbins III, who is currently representing victims of a 2020 Greyhound bus shooting. "These tragedies also make it clear that Greyhound has a driver training problem that needs to be addressed. Drivers don't have the tools to promptly recognize and respond to passenger disturbances. It is, in my opinion, Greyhound’s obligation to provide the tools and training so that drivers and station personnel can recognize and effectively deal with safety problems before they end up escalating into senseless violence."

In the early morning hours of Feb. 3, 2020, a man with a gun opened fire inside a Greyhound bus as it traveled north on Interstate 5 through Kern County, California. One woman was killed and five other people were wounded in the Greyhound bus shooting.

Baum Hedlund has filed a lawsuit against Greyhound on behalf of four passengers harmed in this tragedy. Read our press release on the lawsuit here.

The bus left Los Angeles at 11:30 p.m. on the night of Feb. 2, 2020, and was scheduled to make stops in Avenal and Oakland before arriving at its final destination of San Francisco. Forty-two passengers were aboard the bus at the time of the fatal shooting, which occurred at around 1:27 a.m.

“I have litigated two other cases similar to this against Greyhound in the past, and their stance on pre-board screening and other passenger safety mechanisms has not changed much, if at all.” said attorney Clay Robbins III, a Baum Hedlund lawyer with decades of experience handling personal injury and wrongful death cases against commercial transportation companies.

“Greyhound could and should employ an onboard security guard on all routes, install stationary facility metal detectors and/or handheld metal detectors to screen incoming passengers for weapons, and implement security enhancements such as surveillance equipment or a wireless transmitter coupled with a standard industry GPS device to facilitate instant communication with police officers if violence occurs in transit. Instead, they continue to prioritize profit over the safety of its passengers, and as a result, preventable incidents like this one continue to happen.”

“Whether one is boarding an airliner or a Greyhound bus, every passenger in today’s day and age deserves proper, effective, security both during the screening and boarding process and during the trip”, Robbins said.

Victims of Greyhound Bus Attack Near Lebec Describe the Incident

Mark Grabban and his girlfriend were among the passengers on the Greyhound bus fortunate to survive the shooting. In an interview with NBC News, Grabban said he noticed the man who would later open fire on the bus as he was walking to his seat.

“He was, massive, so tall, I remember before this happened, I noticed he had really big shoes on,” Grabban said. He also remembered the man talking loudly and incoherently. At one point, the man got into an altercation with another passenger who had asked him to quiet down.

“He was muttering things, about ‘wait till we get to the station,'” said Grabban. Later, the attacker shouted a series of expletives, then opened fire.

“I heard a gun cock, and eight to nine rounds let off,” said Grabban, who dove under a seat. He recalled seeing a mother and two small children. “I was shaking, telling them to stay down,” he said.

According to media reporting, passengers were able to remove the shooter from the bus. He left behind the black handgun used in the attack along with extra magazines. The Greyhound driver proceeded to a nearby gas station where emergency responders rushed onto the bus and started administering first aid.

In the aftermath of the Greyhound bus shooting in Kern County, local law enforcement officials were able to arrest the gunman without incident. He was identified as 33-year-old Anthony D. Williams of Capitol Heights, Maryland. It is unclear why Williams decided to open fire on the Greyhound bus. Authorities have said there does not appear to be a connection between Williams and any of the passengers.

Sgt. Brian Pennings of the California Highway Patrol said in a press conference that he has never seen an incident like this in his 25-year career. But according to Baum Hedlund Aristei & Goldman attorney Clay Robbins III, while these types of attacks on Greyhound buses are rare, they are happening more and more.

“I have represented victims harmed in multiple incidents similar to this one outside Lebec,” says Robbins III. “I can tell you from experience that Greyhound simply does not have the necessary security measures in place to prevent these types of attacks from happening.”

“Why are passengers not screened by metal detection devices prior to boarding a bus, as is commonplace for spectators at concerts or sporting events? Why does Greyhound not insist on having more than one person—the driver—on its buses at all times? If the company was serious about preventing these types of tragedies from occurring, Greyhound would do well to improve its safety protocols.”

Accident Attorney with Lawsuit Against Greyhound

Clay Robbins III has represented Greyhound passengers harmed in two incidents that share similarities with the Greyhound shooting outside Lebec.

In one of the incidents, a mentally disturbed man was permitted to board a Greyhound bus after being kicked off another Greyhound bus only a day before. The man ended up assaulting the bus driver while the bus was in motion, causing a rollover crash that left several people with injuries.

In another incident, a man wielding a knife stabbed a Greyhound bus driver, causing a horrible accident. Two passengers were killed. The bus driver and three other people sustained critical injuries. Mr. Robbins represented the family of one of the deceased victims and two of those who sustained injuries.

Both of these cases resolved with large settlements between the victims and Greyhound. Mr. Robbins’ clients and their families received significant compensation.*

If you or a member of your family have been the victim of a Greyhound bus attack, you need to speak with an experienced attorney to protect your legal rights and pursue compensation on your behalf. Clay Robbins III and the law firm of Baum Hedlund Aristei & Goldman have the experience and resources necessary to litigate claims against Greyhound. With a proven track record of success against Greyhound, we are committed to pursuing justice and maximum compensation on your behalf.

*Past performance is not a guarantee of future outcomes.