A presiding judge held a hearing this morning to determine that Superior Court Judge Suzanne Ramos Bolanos will be the judge assigned to oversee the Johnson Monsanto Roundup trial.

We anticipate at least five to seven court days to handle motions in limine (requests to exclude certain testimony) and jury selection.

Mr. Johnson’s case is not part of the cases consolidated in the Judicial Council Coordinated Proceeding (JCCP) in Alameda County. His case was not included in that JCCP and Judge Karnow agreed, and Monsanto stipulated, to expedite Mr. Johnson’s case to trial due to his failing health.

The Miller Firm, based in Virginia, and Baum Hedlund Aristei & Goldman, based in Los Angeles, are co-counsel for Mr. Johnson. Defendant Monsanto Co. is represented by attorneys from Hollingsworth, Farella Braun + Martel, and Winston & Strawn. 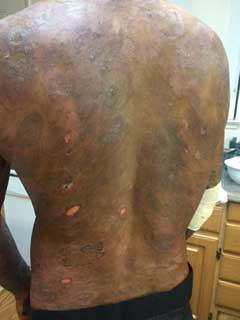 Lee Johnson worked as a groundskeeper for the Benicia Unified School District. Between 2012 and 2015, Mr. Johnson’s job entailed the application of Monsanto glyphosate-based herbicides to school properties. In 2014, Mr. Johnson began to experience severe skin irritation, which he reported to health care providers.

Lee contacted Monsanto after discovering the rash. He called and wrote to Monsanto Company, asking if his rash could have been caused by his use of Roundup? Internal Monsanto emails, later obtained by his lawyers, discuss his call but Monsanto never responded to him, so he kept using Roundup®.

Medical notes from this time show that Mr. Johnson’s symptoms appeared to get worse with exposure to a Monsanto glyphosate-based herbicide. Mr. Johnson’s health care providers consulted Monsanto’s Material Safety Data Sheet for the herbicide, which did not refer to any type of cancer risk.

In August of 2014, Lee Johnson was diagnosed with epidermotropic T-cell lymphoma. After his diagnosis, his job still required him to apply and be in close contact with Monsanto glyphosate-based herbicides. Despite enduring chemotherapy treatments throughout 2015, Mr. Johnson’s cancer progressed and in September, a biopsy revealed mycosis fungoides (non-Hodgkin lymphoma with large cell transformation).

Mr. Johnson retained the Miller Firm to represent him and filed a lawsuit against Monsanto in 2016. According to the complaint, Mr. Johnson was healthy and active prior to his cancer diagnosis.

In January of 2018, Mr. Johnson’s treating physician testified in a deposition that 80 percent of Johnson’s body was covered by lesions and that he likely only had a few more months to live. Since the deposition, Mr. Johnson began taking a new drug and his condition has improved, though he often remains confined to his bed.

Mr. Johnson’s lawyers said that “although Lee is fighting for his life, he will find the strength and courage to stand up to Monsanto. Lee will show his children the true meaning of bravery regardless of the outcome.”

A hearing to assign a trial judge to Dewayne Johnson v. Monsanto Company (case no. CGC-16-550128) occurred on Monday, June 18 at 9:30 AM. Judge Suzanne Ramos Bolanos is the judge assigned to oversee the Johnson trial.

Motions in limine and jury selection will take approximately five to seven court days before the trial can begin, though opening statements could possibly take place as soon as Monday, June 25. 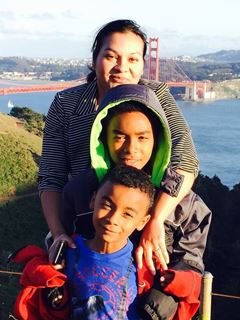 Mr. Johnson is the first claimant to take Monsanto Co. to trial over allegations that the agrochemical company knowingly concealed the cancer-causing risks associated with exposure to its billion-dollar herbicide, Roundup®.

On May 17, 2018, California Superior Court Judge Curtis E.A. Karnow issued an order that allows jurors in Johnson to consider the scientific evidence related to the cause of Mr. Johnson’s cancer as well as allegations that Monsanto knowingly suppressed evidence that exposure to Roundup® can cause non-Hodgkin lymphoma.

Monsanto filed a motion for summary judgment based on another pretrial motion to exclude Mr. Johnson’s causation experts: if the experts were excluded, Mr. Johnson would not have evidence to prove medical causation. However, Judge Karnow ruled most of the opinions of the plaintiff’s experts were admissible and sufficient as evidence of both general and specific causation. As such, Monsanto’s motion for summary judgment on the basis of causation was denied.

Judge Karnow also ruled that Mr. Johnson carried his burden of producing evidence from which a reasonable jury could find that Monsanto had acted with such malice, fraud, or oppression as to warrant punitive damages.

To look at court documents on the Johnson case, go to The Superior Court of California County of San Francisco, click Online Services, Case Query and enter case number CGC-16-550128.

The lawsuit alleges Monsanto, among other things:

The complaint cites studies concluding that exposure to glyphosate, the active ingredient in Roundup®, can cause non-Hodgkin lymphoma and a host of other serious health issues. In 2015, the International Agency for Research on Cancer (IARC) classified glyphosate as a probable human carcinogen based on a review of the available literature.

Monsanto contends its Roundup® products are safe and do not cause cancer, including non-Hodgkin lymphoma.

Attorneys for the Plaintiff

Attorneys for the Defendant

Exact trial start date TBD after motions and jury selection are done. Baum Hedlund will send an alert to anyone interested in the exact start date. Opening statements could possibly take place on Monday, June 25.

The Superior Court of California
County of San Francisco

Watch it live? A request to broadcast the trial via CVN – Courtroom View Network will be made to Judge Bolanos. Baum Hedlund will keep the interested press informed if the judge approves the trial being filmed for broadcast. Please contact CVN for pricing.