On the morning of Sept. 13, 2017, 14 Marines and a Navy Corpsman sustained injuries while participating in amphibious assault vehicle (AAV) training at Camp Pendleton Marine Base in San Diego County, California. The AAV came into contact with poorly marked and installed natural gas lines, which triggered a large explosion that engulfed the entire vehicle in flames.

In the immediate aftermath of the fire, eight of the injured were rushed to the Regional Burn Center at the University of California San Diego. Three service members were listed in critical condition and five were in serious condition. 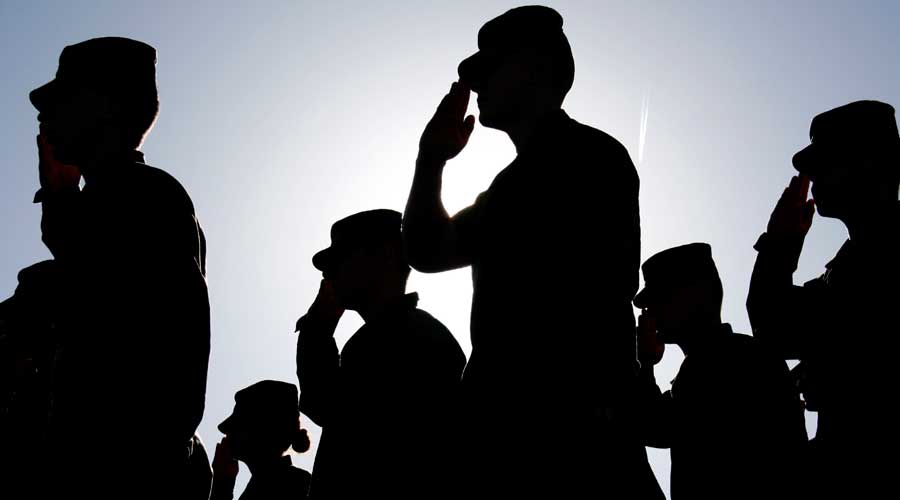 Four others were taken to the University of California Irvine Medical Center in Orange County, including two who were listed in critical condition. Another Marine was transported to a hospital in La Jolla in stable condition, and two other servicemen with minor injuries were treated at a Navy hospital on Camp Pendleton.

Various media reports indicate that San Diego Gas & Electric (SDG&E) is the likely owner of the natural gas lines in question. While SDG&E has denied any involvement in the accident, SDG&E’s website indicates that the company services 4,100 square miles in the San Diego area, including Oceanside, which is immediately south of the Marine Corps Base Camp Pendleton.

The law firm of Baum Hedlund Aristei & Goldman represents service members harmed in this tragedy. The firm is investigating the circumstances surrounding the amphibious assault vehicle accident and intends to hold the responsible parties accountable.

Baum Hedlund has experience litigating on behalf of victims harmed military transportation accidents. If you would like to speak with a military attorney about the AAV training incident at Camp Pendleton, please fill out the form below for a free case evaluation. Attorney Timothy A. Loranger, a Marine Corps veteran, will answer any questions you may have about filing a claim.

“The companies involved clearly knew about the very real danger of allowing gas lines to be exposed in an area where Marines are training,” said attorney Timothy A. Loranger. “Failing to take reasonable steps to comply with the rules and keep those lines properly buried resulted in our clients’ very serious burn injuries that have effectively ended military careers and changed lives forever. Our Marines deserve better.”

What is an Amphibious Assault Vehicle (AAV)?

An Amphibious Assault Vehicle (AAV) is the current amphibious troop transport utilized by the Marine Corps. AAVs, which Marines often refer to as Amtracks or Tracks, are armored vehicles that carry Marines and their equipment onto land. Amtrack resembles a tank and travels through water before coming ashore.

Amtrack has been used in the Marine Corps since the 1970s. According to Marine Corps officials, the Vietnam–era amphibious combat vehicles typically require 12-15 hours of service for every hour of use.

What Caused the USMC Training Accident in Camp Pendleton?

In December of 2017, the Marine Corps issued a report on the Amphibious Assault Vehicle accident that found no fault with the injured Marines and Navy Corpsman. With the Marine Corps findings, Baum Hedlund will work to determine the party (or parties) responsible for installing, marking, maintaining, and inspecting the natural gas lines.

Below are the facts and causes cited in the Marine Corps report:

At around 9:30 a.m. on the morning of Sept. 13, Marines from the 1st Battalion, 1st Marine Regiment, and 3rd Assault Amphibian Battalion were conducting a combat readiness evaluation as part of their battalion training at an inland area of Camp Pendleton. While conducting a tactical movement north, one of the AAV’s moved into a ditch when it “threw track” attempting to get out of the ditch.

The AAV backfired at least twice. A large explosion followed and the AAV was soon covered in flames. After the initial explosion, a large flame continued from the vicinity of the Amtrack’s engine compartment. The flames, which reached 20 feet in height, continued until the Camp Pendleton Marine Base Facilities Maintenance Division secured the natural gas line.

According to the report, the fire was caused because of the AAV backfiring and igniting the natural gas leaking from the broken pipe. The “obscured and exposed” natural gas line was a contributing factor in the accident.

The Commanding General, 1st Marine Division wrote of the accident:

“There were signs regarding the gas line, but those signs were not visible due to fading and the growth of brush around them. With that said, even if the signs had been clearly readable, the average person would interpret them to mean that no digging should occur in the vicinity of the gas line, but that driving in the area would be safe.”

This was not the first time that an exposed natural gas line has been ruptured at Camp Pendleton. According to the report, a similar incident involving a ruptured gas line occurred only months before the Sept. 13, 2017 training accident. Thankfully, no fire was started in the previous incident and no injuries were reported.

Nineteen-year-old Lance Cpl. Tagen Schmidt was one of the Marines who sustained the worst injuries in the incident. His parents, 42-year-old Tamby Clauson and 45-year-old Chad Schmidt were told by military personnel that the AAV ruptured a four-inch natural gas line, which fueled the explosion and subsequent fire.

“The track (vehicle) slipped…As it rocked back and forth to get it unstuck, it cut through the gas line. Gas began spewing out and was coming into parts of the vehicle. The boys in the back all smelled the gas,” said Clawson. “Our son was the second-to-last out.”

Lance Cpl. Schmidt remembers being deep inside the Amtrack, standing security when he smelled gas. “I remember my father warning me about that when we worked on mechanics…I looked down inside the vehicle and within five seconds it blew up,” Schmidt recalled.

As the fire began to grow in intensity, Schmidt sprang into action. He threw another Marine toward the door of the AAV, then crawled toward a fire extinguisher. When he pulled the pin, it malfunctioned. His memory is hazy after that point.

“I remember being pulled out and then I blacked out…I remember two guys carrying me down the hill. I told them to let me walk because I thought others were more injured than I was,” he said.

When Lance Cpl. Schmidt’s parents arrived at UC San Diego Medical Center to be with their son, they didn’t recognize him. He was lying on a hospital bed in a medically induced coma, breathing on a ventilator and covered in bandages. He would remain in the coma for nine days.

What is Not Known About the Amphibious Assault Vehicle Accident at Camp Pendleton?

In the wake of the Marine Corps accident, a spokesman for Sempra Energy (parent company of SDG&E) said, “We investigated and determined that an SDG&E gas line was not involved.” According to the San Diego Union Tribune, all aboveground natural gas pipes and components are “required to be primed and painted yellow—which identifies natural gas—and labeled. All new lines located in vegetated areas or located away from paved areas require special markers indicating the presence of natural gas. Markers are mandated on or near all taps, tees, and caps continuously along natural gas lines so that Marines can see them from afar, too.”

According to the Marine Corps, there were three “illegible signs indicating Natural Gas Lines leading up to the sight of the incident.” The report continues: “None of the witnesses reported seeing the grey, natural gas line in the ditch…No one in First Marine Regiment or V11 were aware of exposed natural gas lines in the training area.”

There are several extremely troubling issues surrounding this disaster that require further investigation:

A similar amphibious assault vehicle accident occurred in 2013 when an AAV caught fire during a military training exercise at the Marine Corps Air Ground Combat Center in Twentynine Palms, California. Cpl. Nicholas Sell, 21, of Eagle Point, Oregon was killed in the incident. Four other Marines sustained injuries in the AAV fire and required emergency medical treatment.

The attorneys at Baum Hedlund Aristei & Goldman will explore any similarities between the 2013 incident and this one during our handling of this case.

The law firm of Baum Hedlund Aristei & Goldman is interested in representing service members who have been wrongfully harmed in military accidents, including the training accident at the Marine Corps Base Camp Pendleton. We want to hold accountable any third parties responsible for inflicting undue harm on our brave men and women in uniform.

Our firm has experience handling a variety of military transportation accident cases, including:

Baum Hedlund attorney Timothy A. Loranger is a Marine Corps veteran who spent much of his military career working as an aircraft mechanic throughout the U.S., including the Marine Corps and Navy Air Stations in El Toro, California; San Diego, California; Memphis, Tennessee; and Jacksonville, Florida. At Baum Hedlund, Tim focuses his practice on product liability law, aviation, and commercial ground transportation accidents, resulting in catastrophic personal injury or death.

If you would like to speak with Tim about filing a claim related to the Marine corps AAV training accident at Camp Pendleton, call (855) 948-5098 today for a free case evaluation.