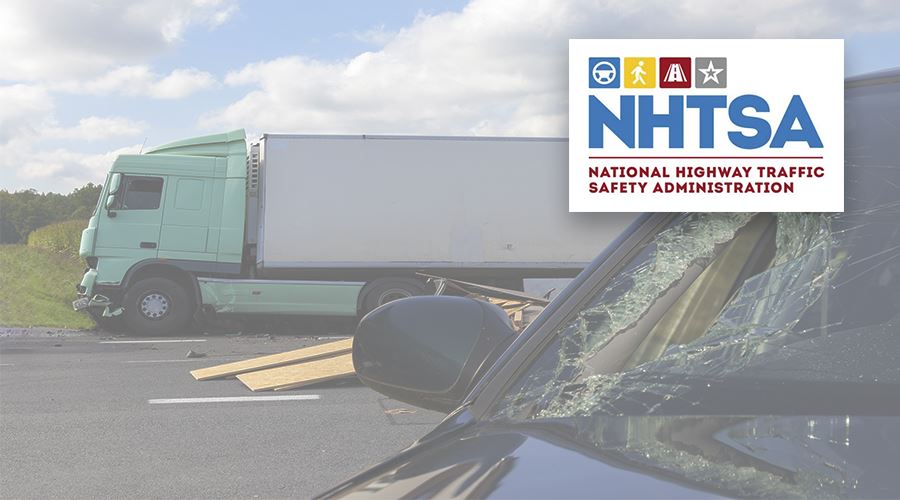 The National Highway Traffic Safety Administration’s (NHTSA) recently released 2016 fatal traffic crash data has confirmed the concerns of truck safety advocates around the country, with the statistics revealing a troubling rise in fatal accidents involving large trucks. The overview indicates a 5.4 percent increase in overall fatalities involving tractor-trailers and other big trucks between the years 2015 and 2016, and further reveals that 2016 had the highest number of truck-related deaths since 2007.

What Were the Key Findings of the NHTSA 2016 Data?

Increases were common in most areas studied by the NHTSA for the year. A disturbing 5.6 percent more people died in total on the nation’s roads throughout 2016, the largest number of motorcycle fatalities since 2008 took place, and pedestrian deaths increased by a staggering nine percent.

Fatal truck accidents fell in line with the trend, demonstrating increases in most of the elements associated with the category.

Fatal truck crashes increased a total of 5.4 percent from 2015 totals. The NHTSA findings did not indicate what factors may have contributed to the increase, but safety advocates have long suggested that legislation requiring further safety devices—such as underride-preventive rear and side guards, speed limiting devices, and driver fatigue prevention techniques—could dramatically reduce the number of fatal semi accidents in America.

Majority of 2016 Truck Accident Fatalities Were People in Other Vehicles

A total of 4,317 fatalities occurred in crashes involving big rigs in 2016, and of that number, the vast majority of those killed were occupants of other vehicles. The NHTSA data suggests that 72.4 percent of the total fatalities were other vehicle occupants, 16.7 percent were those within the large trucks themselves, and 10.8 percent were non-occupants (including pedestrians and cyclists). These statistics demonstrate just how often semi-truck crashes turn deadly for the other motorists on the road.

One of the findings of the NHTSA overview was that truck drivers had a 50.9 percent increase in alcohol-impaired fatal crashes between 2015 and 2016. This was the largest increase of any of the driver categories, but the NHTSA was careful to say that the smaller pool of large truck drivers contributed to the statistic. The difference between the two years is clear, however, with 83 deaths due to alcohol-impaired crashes in 2016 and only 55 in 2015. The 28 more deaths could be an indicator of a trend toward drinking and driving for tractor-trailer drivers.

Based on the NHTSA findings, 2016 truck accident fatalities were higher than any year since 2007. Between 2009 and 2016 there was a frightening 28 percent increase in fatal large truck accidents.

This increase in fatal truck crashes comes in contrast to some safety advocates and politicians’ persistent efforts to improve the safety standard of America’s roads, though recent months have seen their attempts often thwarted or reverted in Congress.

One organization that has long worked to change the nature of the trucking industry in the U.S. is the Truck Safety Coalition, which has been advocating for stricter standards since 2009. The Coalition said the findings of the NHTSA overview were “not surprising,” and released a statement on the data arguing the following:

Since 2009, TSC has been informing Congress of the worsening trends in truck safety as well as of the various commonsense solutions that they could implement to prevent truck crashes and reduce the resulting injuries and fatalities. Unfortunately, legislators lack a sense of urgency and regulators continue to delay data-driven technologies, like automatic emergency braking and heavy vehicle speed limiters. Those technologies have been implemented, with great results, throughout the world, but continue to stall here in the United States.

Unfortunately, the Department of Transportation has delayed or completely withdrawn other critical safety rules that would protect the public as well as the occupants of trucks. A rule requiring truck drivers to be screened for sleep apnea was scrapped. A rule requiring the minimum insurance for large trucks per incident be increased was withdrawn, even though it has not been raised once since the 1980s. And two rules requiring improvements to underride protections on trucks and trailers were delayed by at least a year.

The organization also argued against bills that include “exemptions, delays, and regulatory rollbacks” that only appease special interest groups and weaken trucking safety. Finally, it called on Congress to ask Secretary Chao why current actions by the government are decreasing truck safety rather than improving it.