June 12, 2017 – Fresno, California – – The law firm of Baum Hedlund Aristei & Goldman has filed a wrongful death lawsuit against the State of California on behalf of two siblings whose parents were killed in a 2016 truck accident in Madera, California. 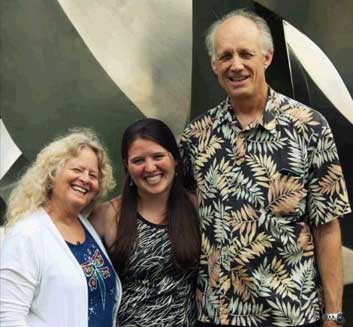 Attorney Timothy A. Loranger filed the lawsuit (case no. MCV 074987) in Fresno County Superior Court on behalf of Kira D. Sandiford and Devon Sandiford, the surviving daughter and son of Elise and Robert Sandiford, alleging that the wrongful death of their parents was caused by a dangerous condition of public property.

On the night of May 25, 2016, Elise and Robert Sandiford were traveling northbound on Highway 99 near the Avenue 16 (Exit 156) off-ramp in or near Madera, California. At or around 10:00 p.m., the Sandiford’s vehicle and a tractor trailer left the roadway and collided with or otherwise came into contact with a large tree located immediately off of the paved portion of Highway 99. The impact caused an explosion. Elise and Robert Sandiford were killed in the Highway 99 accident, along with the driver of the tractor trailer.

According to the complaint, the State of California failed to properly install, maintain, repair, operate, monitor and/or control the subject roadway and/or shoulder located on Highway 99 near the Avenue 16 (Exit 156) off-ramp. Among other things, the plaintiffs allege that the State of California failed to, among other things, incorporate a clear recovery zone, a roadside barrier, and/or to install protective devices that would prevent vehicles from colliding with a large tree located at the area of the incident.

“Last year, Highway 99 was named the most dangerous highway in America. Despite Highway 99’s well-documented high fatality rate, California and its Department of Transportation continue to bury its head in the sand by failing to make this critical stretch of Highway 99 safer for motorists. How many more tragedies will we have to see before the State decides to act?”
–Timothy A. Loranger, attorney for Kira and Devon Sandiford.

The condition of Highway 99 caught the attention of Rick Farinelli, former Madera County Supervisor for District 3. In a letter sent to state lawmakers on the day of the incident that killed Elise and Robert Sandiford, Farinelli wrote of a desperate need for California to spend money on infrastructure projects, most notably for the stretch of Highway 99 that runs through Madera County. “This is an appeal to a State government who has neglected some of its poorest regions and now pretends to be a victim of its own poor mismanagement. California must prioritize its spending the same way its local governments have to,” wrote Farinelli.

“This isn’t just about inconvenience, or reduced efficiency – people are dying because of the state of our highways. We must act.”

The complaint states that, among other things, the existence of the tree, the lack of protective devices or roadside barriers and a clear recovery zone created an inherently dangerous condition of public property and created a trap, peculiar risk and nuisance. Per the plaintiffs, the collision was foreseeable to the State of California, yet the defendant failed to warn (or adequately warn) drivers of the dangerous condition.

About Elise and Robert Sandiford

Elise and Robert Sandiford died in a Highway 99 accident on May 25, 2016. They are survived by their daughter, Kira, and their son, Devon.

Married in July, 1979, Elise and Robert raised their family in Southern California. Robert spent over three decades working as a technology technician with the City of Los Angeles before retiring. He loved music and was an active member of several bluegrass bands. Robert planned a retirement that would afford him many opportunities to play with fellow musicians.

Elise Sandiford enjoyed a career as a guidance counselor at the Los Angeles Center for Enriched Studies (LACES). During various periods in her life, she was a board member with the Greater Los Angeles Council on Deafness (GLAD) and Southern California Registry of Interpreters for the Deaf.

The law firm of Baum Hedlund Aristei & Goldman represents Kira and Devon Sandiford in their lawsuit against the State of California over the wrongful death of their parents. Recognized for its success in litigating personal injury and wrongful death cases, Baum Hedlund has successfully won over $4 billion on behalf of clients.

The firm has litigated roadway design and dangerous condition of public property cases throughout California and the United States.