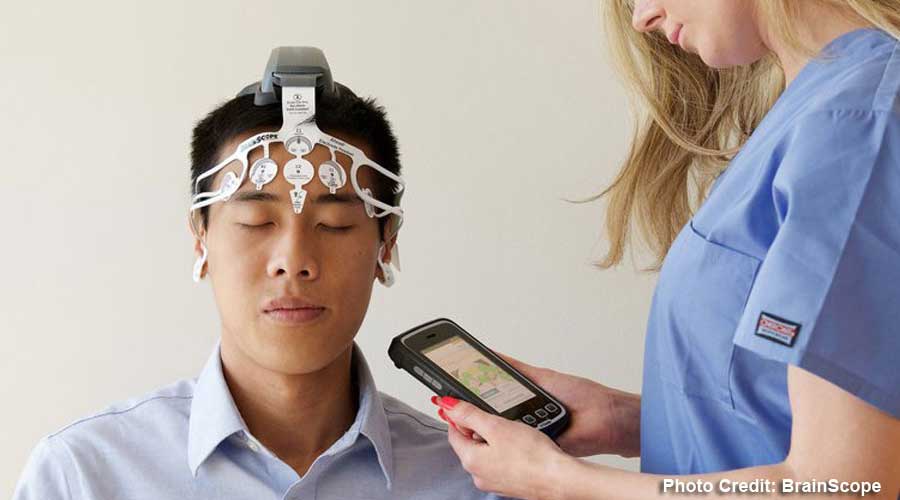 The U.S. Food and Drug Administration (FDA) has approved a new traumatic brain injury assessment device, designed to help medical professionals better diagnose and assess patients who are believed to have suffered brain injuries. The traumatic brain injury assessment device, made by BrainScope, is called Ahead 300 and is appropriate for use in various medical and non-medical settings. Among the patients who may be helped by Ahead 300 are those who have suffered a mild brain injury that might not otherwise be detected or even suspected. Ahead 300 is expected to be introduced on the market in coming months.

Diagnosing a mild traumatic brain injury can be difficult for medical professionals, because the diagnosis relies on the patient to remember and accurately self-report symptoms. Unfortunately, one of the side effects of a brain injury is memory loss and even patients with the best intentions might not remember all their symptoms.

According to the Eunice Kennedy Shriver National Institute of Child Health and Human Development, the severity of a traumatic brain injury is based on three indicators: level of consciousness, memory loss and Glasgow Coma Scale score (which is based on ability to speak, ability to open eyes and ability to move). Traumatic brain injuries are generally considered mild if the person did not lose consciousness or was unconscious for less than 30 minutes, had memory loss for less than 24 hours and has a GCS score of 13 to 15.

Though patients may not be aware they have lost consciousness—or know how long they lost it for—especially if they were alone at the time of an accident and suffered other, more pressing injuries. In some cases, patients may not experience symptoms of a traumatic brain injury until days after the injury occurred, delaying their ability to receive treatment and putting them at risk of compounding injuries. The symptoms may also be seen as subtle and may dismissed as unimportant when they actually indicate a serious problem.

“Mild TBI [traumatic brain injury] has been termed a ‘silent epidemic,’ because many patients do not have visible physical signs,” Robert Bitonte and other researchers on a recent study wrote. “Rather, many patients possess disabling cognitive, psychological, and/or behavioral impairments and employment disabilities that are often unnoticed or misdiagnosed.”

Patients who are misdiagnosed or undiagnosed do not receive the proper treatment to help them overcome their injury or to ensure they do not suffer subsequent brain injuries that could result in permanent damage. Athletes, for example, may be pushed back into games if they have not been diagnosed with a brain injury, but suffering too many brain injuries in a short time can have devastating consequences. That is why a traumatic brain injury assessment device could be critical in some situations.

Ahead 300, which was developed in partnership with the U.S. Department of Defense, is designed to help medical professionals diagnose across the brain injury spectrum, including diagnosing concussions. The traumatic brain injury assessment device is handheld and can be used outside of medical settings, including in athletic settings, military settings and at accident scenes. This way, patients who might not have sought medical attention for a suspected brain injury can still be diagnosed quickly and accurately.

“The ability to rapidly identify TBI can meaningfully reduce the morbidity and mortality of head-injured patients,” BrainScope noted in a news release. Patients who don’t realize they may have suffered a brain injury can be diagnosed efficiently and effectively without going to a hospital.

The Challenges of Undiagnosed Brain Injuries

Patients who suffer an undiagnosed brain injury could develop permanent issues if they do not receive proper treatment. In addition to being life-threatening, untreated brain injuries can lead to:

The Ahead 300 traumatic brain injury assessment device is expected to be commercially available in the next few months.