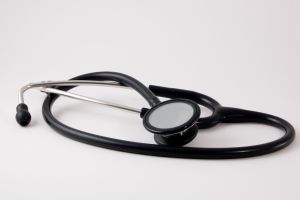 A criminal case against a south Florida doctor is taking aim at the Medicare Advantage industry. Isaac Kojo Anakwah Thompson, a doctor affiliated with one of the largest providers of private Medicare Advantage plans in the country—was indicted in February on eight counts of health care fraud. Thompson allegedly claimed that his patients were sicker than they actually were, allowing him to overbill the government for medically unnecessary care. In total, he’s accused of bilking over $2 million from Medicare.

Medicare Advantage is different than standard Medicare, which pays doctors in accordance with each service they provide. In contrast, Medicare Advantage plans are offered by private companies and based on a set monthly fee for each patient. Each patient’s fee is based on a complex formula known as a risk score. Generally speaking, the government pays higher rates for sicker patients and lower rates for those in good health.

All of the above companies have denied any wrongdoing.

While it is important that companies be held accountable for any wrongdoing, it is unlikely that civil settlements alone will have the desired impact. But bringing criminal charges that carry a maximum jail sentence of up to 10 years ups the ante dramatically for health care fraudsters. Hopefully, this will carry a message—if you steal from the government, you will face jail time.