The Supreme Court voted on Wednesday in favor of enhancing protections for government whistleblowers. The 7-2 decision involved a federal air marshal who had been terminated in 2005 for disclosing planned cutbacks to air marshals on commercial flights. 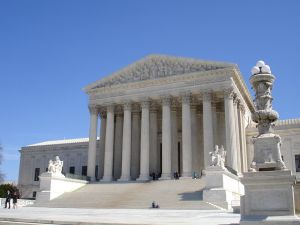 In 2003, air marshal Robert MacLean received a text message from the Transportation Safety Administration saying the agency would be reducing the number of air marshals on certain flights in order to save money. Worried about the effect this would have on safety, MacLean approached his superiors who said nothing could be done about the planned reduction.

MacLean then contacted a reporter at MSNBC who published an article about the downsizing. The report sparked public and congressional criticism of the TSA. After it was discovered two years later that MacLean was the source for the article, he was fired.

MacLean challenged his termination by bringing suit in the U.S. Court of Appeals for the Federal Circuit. At issue was whether or not MacLean’s disclosure to the MSNBC reporter was specifically prohibited by law. According to the Orange County Register, the government argued that MacLean’s disclosure was prohibited by TSA regulation and a provision in the Homeland Security Act. The court ruled in MacLean’s favor, saying that his disclosure could only be prohibited by statute, not regulation. The relevant statute in his case, the court ruled, only provides general criteria for disclosures considered detrimental to the safety of transportation.

When the case moved to the Supreme Court, the justices disagreed with both of the government’s arguments, finding that regulations are not law, and the Homeland Security Act provision in question “does not prohibit anything.”

The MacLean decision means that government agencies will not be allowed to use regulation as a means to evade the Whistleblower Protection Act. Government whistleblowers can now come forward with claims of fraud and mismanagement without fear that the government will be able to use internal regulations as a means to deter them.