The Justice Department announced last week that it had reached a settlement agreement with Easton Hospital. The Easton, Pennsylvania-based hospital agreed to pay $662,000 to settle claims filed by two whistleblowers accusing the hospital of submitting false claims for Medicare reimbursement. 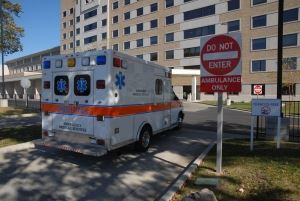 According to the whistleblower complaint, Easton Hospital billed Medicare for various tests and procedures performed by Dr. Walden that were medically unnecessary, partially performed, or not performed at all. Some of the procedures mentioned in the case include transurethral resection of the prostate, lithotripsy, green light laser, and cystometrogram.

In the wake of the announced settlement, Easton Hospital issued a statement denying any wrongdoing, adding that the hospital has a “robust compliance program.” The statement further states that the hospital voluntarily repaid certain Medicare claims before the government began conducting an investigation into the whistleblower allegations. As for Dr. Thomas Walden, he hasn’t been affiliated with Easton Hospital since June of 2010, according to the statement.

The U.S. Attorney’s Office for the Eastern District of Pennsylvania also issued a statement in which they encouraged anyone to report instances of health care fraud so that any wrongdoing can be investigated and prosecuted.