The Lee case settled on March 1, 2012, the terms of which are confidential. 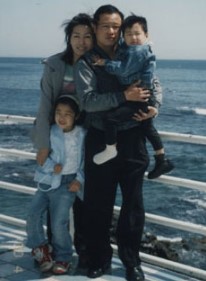 Jury selection is scheduled to begin on Monday, March 5, 2012 at 9:00 A.M. at the Superior Court of the State of Washington for King County before the Honorable Richard D. Eadie for the wrongful death claims against Robinson Helicopter Company by the family of Si Young Lee, case number 09-2-35591-6 SEA.

Si Young Lee, a South Korean businessman, was one of four people who perished in the August 2, 2007 Robinson R44 helicopter crash, which crashed shortly after departing the Barbeu Mill logging site near Easton, Washington. After allegedly experiencing a mechanical failure in the tail rotor system, the R44 attempted to land and experienced a low energy impact with the ground, whereupon it erupted in a fire that burned for several days, destroying 485 acres. All four people aboard the helicopter burned to death.

Plaintiffs contend that an R44 design flaw caused the tail rotor malfunction which led to the crash and subsequent fire. Plaintiffs also allege that the fuel tanks were not crashworthy, as all aboard the helicopter would have and should have survived the low energy crash had the fuel tanks been properly designed and not susceptible to post crash fires at low impacts.  None of the occupants should have been burned.
WHO:

Plaintiffs:
The lawsuit was filed on September 28, 2009 by Mr. Lee’s widow,Boo Sool Park, and their children Hyun Min Lee and Seong Ho Lee.

“Dawson” is the appointed Personal Representative of the Lee Estate for purposes of the lawsuit.

FACTS:
On August, 2, 2007 a Robinson R44 II, Registration: N7531D operated by Classic Helicopter Corp. crashed shortly after departing a logging site near Easton, Washington.  The R44 experienced a low energy impact with the ground whereupon it erupted in a fire that burned for several days, destroying 485 acres. All four people aboard the helicopter burned to death.

Killed in the crash were the pilot and certified flight instructor, Keiko Minakata, Korean businessmen, Si Young Lee and Hyun Song, and an Everett timber owner, Robert Hagerman.  Mr. Lee was the president of a South Korean lumber company and was visiting Washington to purchase export grade timber. Mr. Lee, Hyun Song, the timber broker, and Robert Hagerman, owner of the timber, had been surveying timber at Barbeu Mill Corporation’s logging site just before the crash.

Baum Hedlund Aristei & Goldman has handled over 650 aviation cases over the last 25 years. In addition to representing passengers in virtually every major airline accident in the United States in the past two decades, their aviation attorneys have handled about 170 small aircraft cases including 35 helicopter cases against Aerospatiale, Bell Helicopter Textron, Hughes Helicopters, McDonnell Douglas, Messerschmitt-Bolkow Blohm, Robinson Helicopters, and Sikorsky. Six of these were Robinson helicopter crashes, two R-22s, three R-44s, and the first R-66 crash. Three of their attorneys are also pilots.

Ronald L. M. Goldman is lead trial counsel and a senior shareholder at the firm. Mr. Goldman has been practicing law for 50 years, and has been a private pilot for over 30 years. As an adjunct Law Professor at Pepperdine School of Law for 21 years, he developed and taught the course on Aviation Accident Law where he also taught Torts and Insurance and Legal Writing and Analysis. He is Board Certified by the National Board of Trial Advocates as a Certified Civil Trial Advocate.