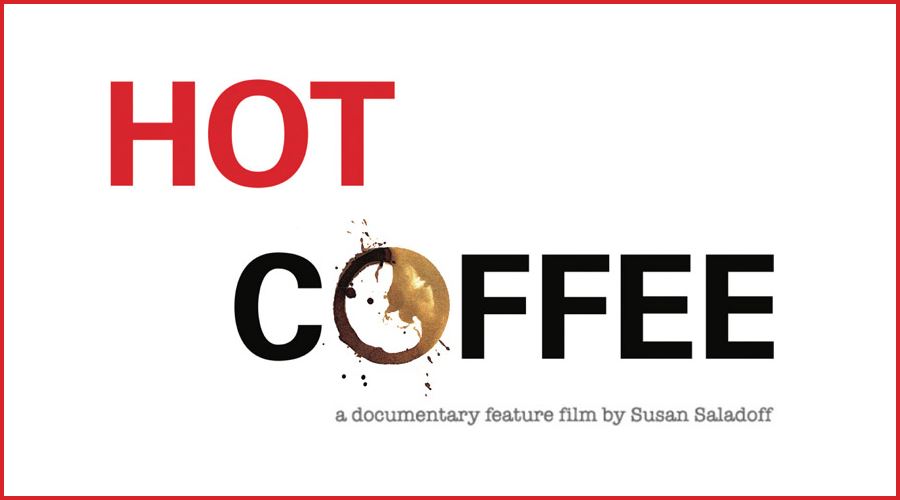 We live in an age where phrases like “frivolous lawsuits” and “jackpot justice” are thrown around in the news media casually and with increasing regularity. These words are commonly used as springboards toward the notion that America’s civil courts are inundated with greedy trial lawyers representing undeserving clients out to make a quick buck. Unbeknownst to most is that these misleading “messages” have been the product of a coordinated PR campaign, run by PR/marketing firms financed by the U.S. Chamber of Commerce, supported by the biggest corporations in the U.S., like Big Tobacco, the major pharmaceutical companies, and insurers. “Hot Coffee” exposes and details the effects of this decades-long corporate-financed PR campaign.

One such effect was the media portrayal of Stella Liebeck, whose case is the backdrop for the highly-acclaimed HBO documentary “Hot Coffee.” The documentary tells the tale of Mrs. Liebeck’s often misunderstood McDonald’s “hot coffee” case which took place almost 15 years ago. Mrs. Liebeck, a 79-year-old New Mexico woman, sued McDonald’s after spilling scalding hot coffee in her lap while sitting in the passenger seat of a parked car. Contrary to media reports at the time, her injuries were far from trivial. Mrs. Liebeck suffered third-degree burns on six percent of her skin with lesser burns covering over 16 percent of her body. She had to endure multiple operations to treat her burns, including skin grafts. The media neglected to report that prior to the Liebeck case, McDonald’s had received over 700 complaints from consumers burned by coffee served at 180 degrees Fahrenheit (serving coffee at 180 degrees was McDonald’s company policy). McDonald’s willfully ignored the harm they had caused hundreds of people.

Mrs. Liebeck initially wanted to reach a settlement with McDonald’s to cover her medical expenses, which totaled over $10,000. When McDonald’s offered her only $800, she refused and hired an attorney. In a trial of her peers, Stella Liebeck was awarded $160,000 in compensatory damages and $2.7 million in punitive damages against McDonald’s (selected because of its approximation to revenue generated by McDonald’s coffee sales over two days). A judge later reduced punitive damages to $480,000 and, after an appeal, the two parties settled out of court for an undisclosed amount.

The public’s reaction to the Liebeck case, fed by a rabid media portrayal filled with numerous inaccuracies, was both swift and ruthless. Mrs. Liebeck became fodder for late-night comedians and the case was even mentioned in an episode of Seinfeld. People ridiculed the case without really understanding anything about the extent of Mrs. Liebeck’s injuries or McDonald’s culpability, not to mention tort lawsuits. This essentially is the crux of “Hot Coffee.” Many Americans have no idea how our civil justice system works and yet vehemently believe it is filled with frivolous lawsuits and juries out to award money hand over fist to plaintiffs who are just looking for a handout.

What “Hot Coffee” does is follow the money trail from corporations to politicians and others who ramble on about frivolous lawsuits in order to shift attention toward the individual and away from corporations whose conduct and products have caused considerable harm. McDonald’s and a host of other corporations, along with the U.S. Chamber of Commerce, were successful at making a mockery of the Liebeck case through public relations campaigns aimed at marginalizing the case and America’s tort system. The media has spoon-fed this propaganda and complicit in delivering the message to an increasingly misinformed public.

The Liebeck case is just one of four examples shown in the film to demonstrate that corporations and those in the pocket of those corporations are stripping away the power of juries in civil litigation. Tort lawsuits are part of the fabric of our justice system for a reason — to hold individuals and corporations accountable when they do harm. “Hot Coffee,” if nothing else, is a great catalyst to start an important dialogue about how far corporate interests have advanced in the courtroom at the expense of everyday people seeking accountability.