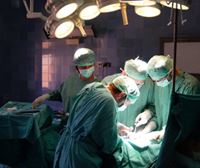 Los Angeles, California, July 14, 2011 – A woman from Rancho Cucamonga, California has filed a lawsuit in the Superior Court of the State of California, County of Los Angeles, against medical device manufacturers, Stryker Biotech and Medtronic, Inc., alleging that the companies fraudulently promoted their respective bone fortification products for unapproved, off-label use, which was dangerous and resulted in her serious injuries.  April Cabana, 34, who previously worked in sales and marketing, is on disability as a result of her injuries.  She needed back surgery due to suffering a herniated disc from a car accident.

In her complaint, Ms. Cabana alleges that Stryker engaged in extensive and illegal off-label promotion of a mixture of two of its products (Calstrux and OP-1).  OP-1 is a putty to promote bone growth in certain spinal fusions.  Calstrux is a bone void filler for surgically created bone defects or bone defects resulting from traumatic injury.

Stryker has since been federally indicted for its illegal promotion of these two products and two of its sales managers have pled guilty to engaging in illegal off-label promotion.  The mixed-use of these two products eventually resulted in excessive bone growth and migration in Ms. Cabana’s lower back resulting in nerve compression and severe pain in her lower back and extremities.  Ms. Cabana eventually had to undergo a second surgery to remove the “bone of unknown origin.”

In her second surgery, Ms. Cabana’s surgeon removed the “bone of unknown origin” and, in order to fuse the bone, the surgeon used INFUSE Bone Graft manufactured by Medtronic, Inc.  The INFUSE Bone Graft had only been approved for a limited surgical procedure, yet, according to the complaint, Medtronic illegally promoted it for a number of off-label procedures.  The surgery failed to remedy Ms. Cabana’s condition and her pain only got worse.

The national law firm of Baum Hedlund Aristei & Goldman represents Ms. Cabana in this action.  Baum Hedlund is recognized as a preeminent plaintiff firm that handles serious personal injury and wrongful death lawsuits across the nation.  Over the past 20 years, the firm has represented thousands of patients in pharmaceutical product liability cases against major pharmaceutical manufacturers.  Baum Hedlund has offices in Los Angeles, Philadelphia, and Washington, D.C.