Judge Hamilton rejected GSK’s argument that the Paxil warning was adequate and that Father Tucker’s physician knew of Paxil’s risks but prescribed the medication anyway.  The Court also rejected GSK’s efforts to exclude the testimony of Plaintiff’s experts, Dr. David Healy, a professor of psychiatry from the University of Wales College of Medicine and Dr. Joseph Glenmullen, a practicing psychiatrist and clinical instructor in psychiatry at Harvard.

Although a trial date has not yet been scheduled, there are no other legal obstacles to overcome that would prohibit the case from going to trial. 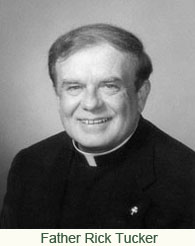 The Plaintiff, Debra Tucker, brought the suit against GSK, claiming that her older brother, Father Rick Tucker, committed suicide as a result of taking Paxil and that GSK failed to warn doctors and the public that Paxil is associated with an increased risk of suicide.  Father Tucker, who was 56 at the time of his death, was a Catholic priest who had served as a priest for over 26 years.  He had no prior history of suicidal ideation or behavior.  Immediately after starting Paxil, he began exhibiting severe side effects which his sister, friends, fellow priests, and parishioners noticed, including akathisia (a medication-induced neurological condition marked by extreme internal restlessness and emotional distress), paranoia, fearfulness, and loss of appetite.  Sometime after celebrating  St. Mary’s morning mass, Father Tucker shot himself in the head with a .25 caliber pistol.

This is GSK’s third unsuccessful attempt to have the case dismissed.  In March 2006, the Court rejected GSK’s attempt to dismiss the case based on the plaintiff's alleged lack of standing – GSK argued that the plaintiff, Debra Tucker, lacked standing to bring the suit as a sibling.  In 2008, Judge Hamilton initially granted summary judgment to GSK based on federal preemption, but later reversed his prior ruling.  He affirmed his ruling denying preemption following the Supreme Court’s rejection of preemption in Wyeth v. Levine.

Ms. Tucker is represented by the national law firm Baum Hedlund Aristei & Goldman.  Baum Hedlund has been at the forefront of SSRI antidepressant litigation involving suicide, birth defects, and other antidepressant side effects for the past two decades.

The Court’s Ruling Regarding Adequacy of the Paxil Label

Judge Hamilton “agree[d] that from the plain reading of the 2002 warning [in existence at the time of Father Tucker’s suicide], a reasonable jury could find that the label was inadequate to warn of Paxil’s association with an increased risk of suicide.”  Order, p. 58.

Significantly, the Court found that, although the prescribing doctor “did not opine as to what his ultimate decision would have been [whether he would have prescribed Paxil or not] … his choices were not limited to a binary prescribe/do not prescribe choice.  He also could have prescribed under tighter supervision, for example.”  Order, p. 59-60, emphasis added.

Dr. David Healy is a professor of psychiatry at the University of Wales College of Medicine.  He is one of the foremost experts in the world on antidepressants and has written numerous peer-reviewed medical journal articles concerning SSRI antidepressants, including Paxil, and about their ability to induce suicidality in some patients.  He has lectured about these risks at dozens of universities and professional associations around the world, including at Harvard, Columbia, and Yale.  He has authored several books including Psychiatric Drugs: Explained, The Psychopharmacologists Vols. I-III, The Creation of Psychopharmacology and Let Them Eat Prozac.

Judge Hamilton acknowledged that Dr. Healy “is an accomplished researcher and lecturer” and that Dr. Healy’s “credentials as an expert in this arena are undisputed.”  Order, pgs. 12-13.  The Court found that Dr. Healy’s “opinions have repeatedly been subject to professional debate and review through the peer-review and publication process.”  He concluded that “[t]he Court has sufficient assurance that Dr. Healy will testify with the same level of intellectual rigor that he would employ outside the courtroom.”  Order, p. 40-41.

In accepting Dr. Healy’s opinion as reliable, Judge Hamilton pointed to GSK’s 2006 warnings, which “plainly stated that GSK had found a statistically significant increase in the frequency of suicidal behavior in adult patients treated with Paxil compared to placebo.”  Order, p. 45.

Judge Hamilton stated that, although “GSK downplays this finding, … GSK’s acknowledgment that it had uncovered a statistically significant increase in suicidality among adult patients cuts directly against its argument that Dr. Healy’s expert opinion – an opinion that was drafted without the benefit of the data that led to GSK’s Dear Doctor letter and revised label – finding a ‘robust’ increased risk of suicidality in adult patients taking Paxil should be deemed inadmissible.  The weight of Dr. Healy’s opinion will be left to a jury.”  Order, p. 45, emphasis added.

While GSK vigorously argued that Dr. Healy’s opinion was “developed exclusively for purposes of litigation,” Judge Hamilton found to the contrary that Dr. Healy began expressing his opinion that SSRI antidepressants can cause suicidality in 1991, long before becoming involved in litigation, and his “opinions have been reasonably consistent and seemingly unaffected by his participation in litigation as an expert witness.”  Order, p. 46.

Dr. Joseph Glenmullen is a graduate of, and now a clinical instructor in psychiatry at, Harvard Medical School and author of two heavily researched books on the side effects of antidepressants: Prozac Backlash: Overcoming the Dangers of Prozac, Zoloft, Paxil and Other Antidepressants with Safe, Effective Alternatives and The Antidepressant Solution.”

GSK argued that Dr. Glenmullen relied “entirely on news reports, case reports, and distorted FDA statements,” but Judge Hamilton found that “Dr. Glenmullen’s report citations show otherwise.”  Judge Hamilton noted that Dr. Glenmullen “researched the medical literature on SSRIs and suicide and drew on his extensive knowledge of suicidality as a side effect of treatment with SSRIs.  He cited numerous medical journal articles in the endnotes of his report, and he cited numerous medical journal articles in Appendix A of his report.”  Order, p. 47.

In response to GSK’s attempt to make less of its 2006 finding of 6.7 times greater risk of suicidality in adults of all ages taking Paxil compared to placebo, Judge Hamilton commented that, while “GSK’s explanatory backpedaling may have merit, [ ] it certainly is not beyond reasonable dispute.”  Order, p. 48.

The Court also ruled that “Dr. Glenmullen’s opinion supports the plaintiff’s claim on specific causation – that is, not only the general proposition that Paxil can induce adults to commit suicide, but also that Paxil induced Father Tucker to commit suicide.”  Order, p. 49.

The Order states that, while a “jury may choose to disagree with [Dr. Glenmullen’s] opinion, [ ] at a minimum Dr. Glenmullen’s decision to rule in Paxil as a possible explanation for Father Tucker’s suicide meets the requirements of Daubert.”  Order, p. 54.

In its effort to exclude Dr. Glenmullen, GSK argued that he failed to take into account a number of stressful events in Father Tucker’s life, however, Judge Hamilton found that “Dr. Glenmullen’s report makes clear that he considered and ruled out these other possible causes of Father Tucker’s descent.”  Order, p. 55-56.

Finally, the Court ruled that “a reasonable jury could find that Paxil can increase the risk of suicidality in adult patients and that it did so in the case of Father Tucker.”  Order, p. 56.

“We are pleased these last remaining roadblocks to a trial have been removed and we look forward to getting this case to trial on the merits.  We are confident that, once the  jury hears the evidence, it will find that GSK has known of Paxil’s suicide risks for a very long time, that it hid those risks, failed to warn doctors and patients and this resulted in Father Tucker’s tragic suicide.”