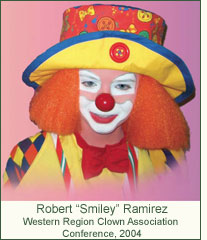 Los Angeles, California – – The surviving Ramirez brothers filed a lawsuit today against the four trucking companies and the truck drivers involved in the Nov. 9, 2008, fatal multi-vehicle collision on I-40 near Ludlow, California which resulted in the tragic death of their father, Jose Ramirez, 66 and their younger brother, Robert Ramirez, 15. Jose Ramirez’s wife (their stepmother) and Robert’s mother, Wendy, was also killed in the crash.

The brothers are also suing the State of California, the California Highway Patrol (CHP), and the California Department of Transportation (Caltrans). The suit, case no. BC 428328, was filed in the Superior Court of Los Angeles County.

According to the complaint, in the early morning hours of November 9, 2008, the National Weather Service issued wind advisories as well as dust storm advisories for San Bernardino County California, stating, “strong wind gusts will cause areas of blowing dust with reduced visibility at times.” Later that morning, the Ramirez family was driving on Interstate 40, in San Bernardino County, as they headed to an annual clown convention in Laughlin, Nevada.

The lawsuit alleges that the defendants engaged in negligent and unlawful conduct. The suit also alleges that Mr. Starks exposed the lives of other motorists to great risk and probability of serious injury or death when he intentionally continued to drive the Midway tractor-trailer at speeds of 50 – 55 mph, or more, although visibility in the area was reduced to between 0 and 50 feet. His reckless driving caused his tractor-trailer to collide with the rear of the stopped Ramirez vehicle at approximately 55 mph without braking or taking any other evasive action.

Additionally, the lawsuit alleges that the other tractor-trailers should have been off the road that morning due to the repeated broadcast of dust storm warnings and cautions of reduced visibility. These heavy trucks, which can weigh up to 40 tons, cause serious injuries and death when they collide with passenger vehicles. They also present danger in that serious injuries or death usually result if a passenger vehicle is pushed into, and underneath, them.

One particular weather advisory that morning stated, “Winds this strong can make driving difficult, especially for high profile vehicles. Use extra caution.” The complaint also alleges that tractor-trailers had ample opportunities to get off the road prior to the crash as there was a truck stop about a mile west of the crash location. In addition to being on the road in hazardous conditions, the truck drivers, including the driver of the J.B. Hunt truck, failed to place emergency reflectors, lighted fusees (flares), or other emergency warning devices after stopping inactive lanes of traffic.

Also at fault, according to the lawsuit, are the state of California, Caltrans, and the CHP. The complaint alleges that there was an electronic Changeable Message Sign on I-40 east of I-15 available to post warnings to motorists. Despite the wind and blowing dust advisories issued by the National Weather Service, these defendants failed to post any advisory notifications, information, warnings, and/or instructions regarding the hazardous conditions on the electronic Changeable Message Sign.

The lawsuit asserts that the particular stretch of I-40 where the accident occurred is notorious for strong winds and dust storms because there is a dry lake bed on both sides. The lawsuit alleges that Caltrans and the CHP had the duty, authority and power to control and restrict the use of I-40, including but not limited to, closing the road or portions thereof or directing and re-routing traffic onto adjacent roadways.

“The Ramirez family wants justice. This tragedy leaves a tremendous emptiness in their lives and they want the companies and individuals involved in the operation of these trucks to take responsibility for this senseless tragedy” said the family’s attorney, Robert Foss, a truck crash attorney from the Los Angeles based law offices of Baum Hedlund Aristei & Goldman.

“My clients want to see that highways are made safe during dust storms as a result of this lawsuit. They would like to see truck drivers removing themselves from roadways during hazardous conditions such as dust storms, as required by federal law. They also want Caltrans and the CHP to be proactive – to warn motorists of these dangers on the road and to take effective steps to prevent this kind of multiple-vehicle pileup on highways frequented by large trucks.”

About the Ramirez Family

Jose Ramirez was a father of five. He was the patriarch of a clowning family who took great joy and pride in making others smile. Jose, his wife, Wendy, and their son, Robert, were on their way to the Western Regional Clown Association convention like they had done every year for the past 10 years.

Robert was known as “Smiley.” He was a sophomore in high school and was active in drama club and Student Government as the Treasurer at Temescal Canyon High School. He is remembered as a reliable, responsible and intelligent young man who loved to make others laugh.

After hearing of the tragic crash, the director of the clown convention named the Tuesday of the accident “Smiley Day” in honor of the Ramirez family and Robert in particular. Many people wore smiley face stickers in memory of the family.

Baum Hedlund Aristei & Goldman is located in Los Angeles, Washington, D.C., and Philadelphia and has over 20 years experience handling commercial transportation accidents, including over 160 commercial trucking accident cases, across the country. Baum Hedlund won one of the largest verdicts in Ohio state’s history for the death of an unmarried person. In that case a marine was killed by a Tyson Foods truck.