The Grand Canyon, Statue of Liberty and beautiful seascapes and mountains of Hawaii and California are just a few of the many United States destinations that attract tourists from across the nation and around the world. Many of these popular travel destinations offer tourists the opportunity to take a helicopter or plane tour. Unfortunately, the majority of these sightseeing helicopter tours are owned or operated by small aviation companies that may use less stringent safety procedures than larger air passenger operations. In addition, some pilots take dangerous risks in order to give paying passengers more of a thrill, often leading to deadly crashes.

Sightseeing charter companies, helicopters and planes should enforce the same industry standards as commercial airlines — unfortunately, this is not always the case. As a result, the privately owned and chartered aircraft used in sightseeing experiences are often more susceptible to crashes. 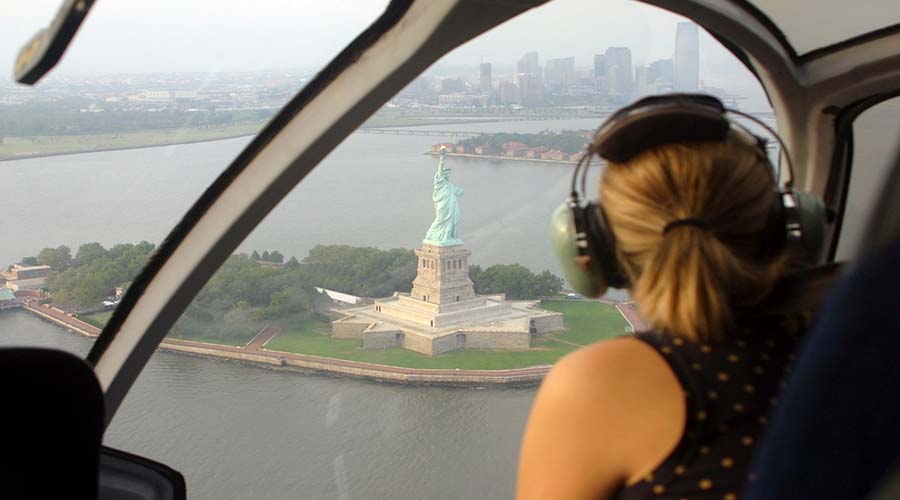 We Are Industry Leaders in the Field of Aviation Accidents

Baum Hedlund Aristei & Goldman, P.C. is a recognized leader in complex litigation involving plane accidents, helicopter crashes and other air disasters in the U.S. and worldwide.

Utilizing the extensive experience of our attorneys as well as the skill of accident investigators, industry professionals and experts, Baum Hedlund will carefully analyze the many critical issues that could have lead to the airplane or helicopter tour crash in question, including:

Dangers of a Sightseeing Plane or Helicopter Tour Crash

Airplanes and helicopters are often used as sightseeing vehicles because they can fly at altitudes that offer a unique view of water or terrain. However, many of the most scenic areas to fly over in a small plane or helicopter, can also be the most dangerous. Traveling over Hawaiian mountain ranges, volcanoes or snow covered regions can be a thrilling experience, but these beautiful landscapes can be tricky to navigate and are often subjected to sudden changes in wind and weather, which can make it difficult for pilots to maintain control over the plane or helicopter.

Adding to the difficulty of navigating these areas, is the fact that many of the aircraft used in sightseeing tours are older aircraft owned and operated by small businesses that may not properly maintain or operate them. All too often these tours turn tragic when a manufacturing defect, maintenance failure or pilot error causes a sightseeing plane or helicopter tour crash that injures or kills passengers. At Baum Hedlund Aristei & Goldman, our lawyers have handled a wide range of aviation accident cases, many of which stemmed from a sightseeing plane or helicopter tour crash.

Causes of a Tour Plane Crash or Helicopter Tour Crash

Our firm has handled multiple plane and helicopter tour crash incidents that occurred during sudden weather shifts. There are a number of reasons that helicopters and tour planes crash during inclement weather. The most common problem is related to pilot error. Unlike large commercial aircraft, pilots of small tour planes are allowed to fly with significantly less experience and far less oversight, all the while not having access to many of the technological fail-safe technology that larger planes have.

While a large plane has instruments that show current weather, even as it changes, and can accommodate even severe weather patterns, commercial airlines are constantly being updated on adverse weather from their dispatchers and their own instruments. For a sightseeing tour plane or helicopter, circumstances are much different. Weather in popular sightseeing destinations, like Hawaii, can change with little or no warning. If a pilot has little experience dealing with severe weather conditions, the results can be deadly.

Another challenge that tour plane and helicopter pilots face is visual flight rules or VFR. These planes and helicopters are often required to fly low or in crowded airspace, such as over popular cities like New York or Las Vegas. While operating under visual flight rules the pilot is responsible for maintaining separation from other aircraft even if he or she does not know the schedules, flight paths or altitudes of other aircraft operating in the area, and there is typically only one pilot operating the flight, and carrying the full responsibility of maintaining control over the aircraft, seeing and avoiding conflicting traffic, all the while acting as a tour guide. In some cases, the workload is simply too much for the pilot.

This challenge can be exemplified by one of our past helicopter tour crash cases. On September 23, 2005, a helicopter pilot performing a sightseeing flight in Hawaii claimed he saw another helicopter heading for his aircraft. The passenger and other pilots in the area dispute this account. The pilot then flew into a storm and subsequently lost control of the aircraft. Two of the passengers drowned, one died of a heart attack from nearly drowning and two others were injured. After this accident, the NTSB criticized the FAA for its lack of oversight or safety measures like floatation devices in Hawaiian tour flights, especially with inexperienced pilots. In this case, the pilot involved in the helicopter tour crash had only been flying in Hawaii for two months before the accident, and thus had little experience with Hawaii’s tricky weather.